Figure on the battlements throwing rocks on the enemy, on the monumental fireplace called 'Les Jeux de la Guerre' or 'War games', with foliage and animals on the bottom of the lintel, crenelated battlements with figures defending a fortress or perhaps burghers defending a town above and 2 windows with fine ladies watching the spectacle of the siege, in the Palais Jacques Coeur, huge manor house built 1443-51 in Flamboyant Gothic style, on the Place Jacques Coeur, Bourges, France. Jacques Coeur, 1395-1456, was a wealthy merchant and was made master of the mint to King Charles VII in 1438. The building is listed as a historic monument. Picture by Manuel Cohen 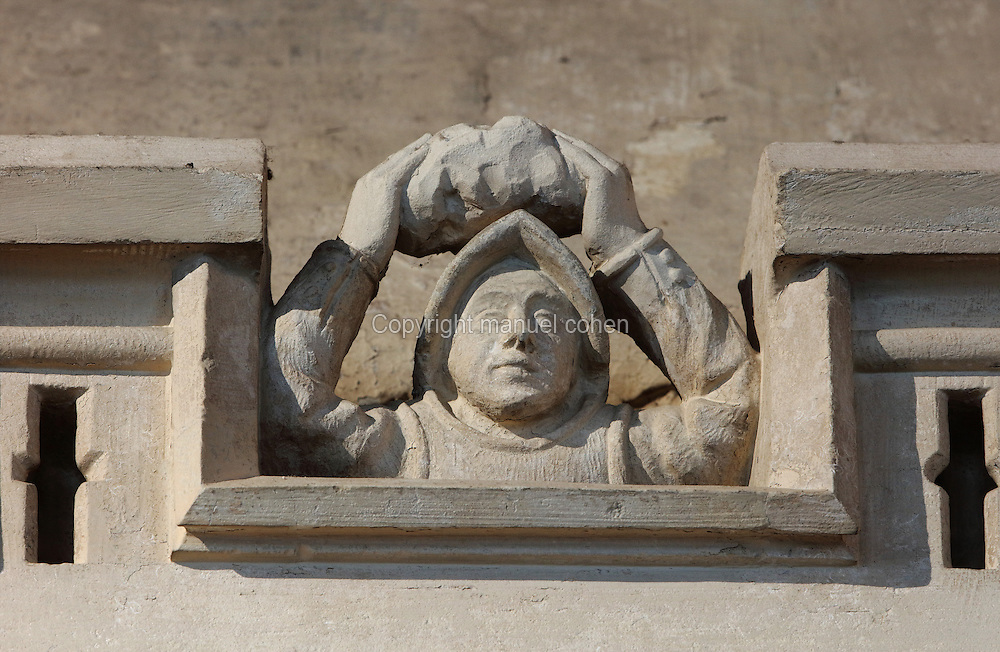