Fresco of a dolphin undergoing restoration, which began July 2017, on the wall of the Schola Armatorarum, a gladiator training school which collapsed in 2010 and is being restored, in the Parco Archeologico di Pompei, or Archaeological Park of Pompeii, Campania, Italy. A new phase of official excavations has been taking place here since 2017 in an attempt to stop looters from digging tunnels and removing artefacts for sale. Pompeii was a Roman city which was buried in ash after the eruption of Vesuvius in 79 AD. The site is listed as a UNESCO World Heritage Site. Picture by Manuel Cohen 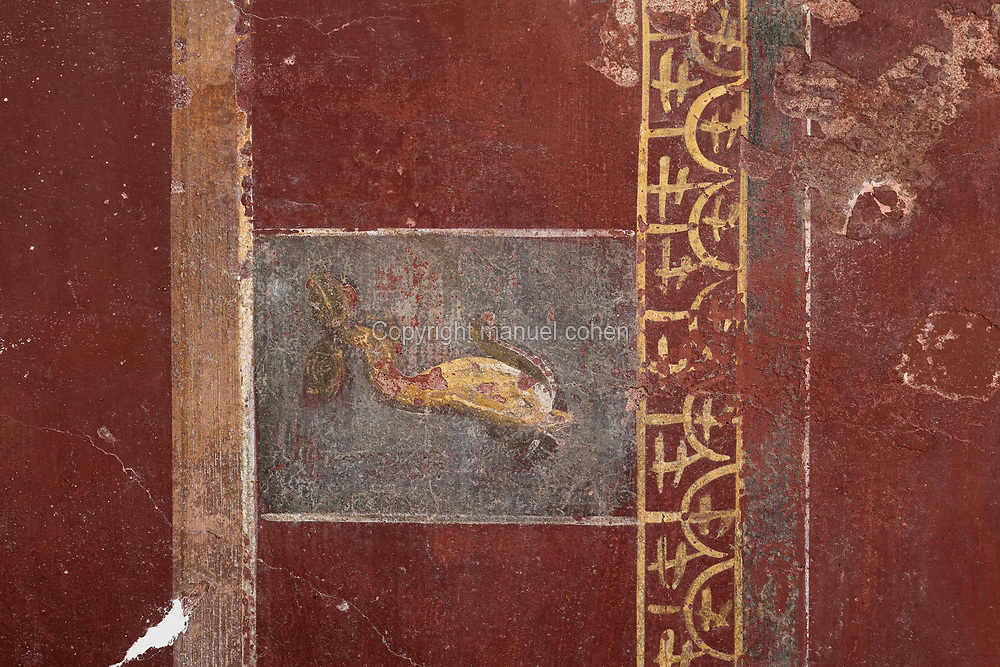