Wooden coffered ceiling with 75 octagonal panels, made 1541-43 by Sebastian de Segovia during the reign of Emperor Charles V, in the Salon del Techo de Carlos V, or Charles V Ceiling Room, in the Mudejar Palace, or Palacio del Rey Don Pedro, built by Pedro I of Castile, 1334-1369, in 1364, in the Real Alcazar, a Moorish royal palace in Seville, Andalusia, Spain. The ceiling is made from pine wood with ground colour pigments, and the panels are carved with floral designs and busts. The Alcazar was first founded as a fort in 913, then developed as a palace in the 11th, 12th and 13th centuries and used by both Muslim and Christian rulers. The Alcazar is listed as a UNESCO World Heritage Site. Picture by Manuel Cohen 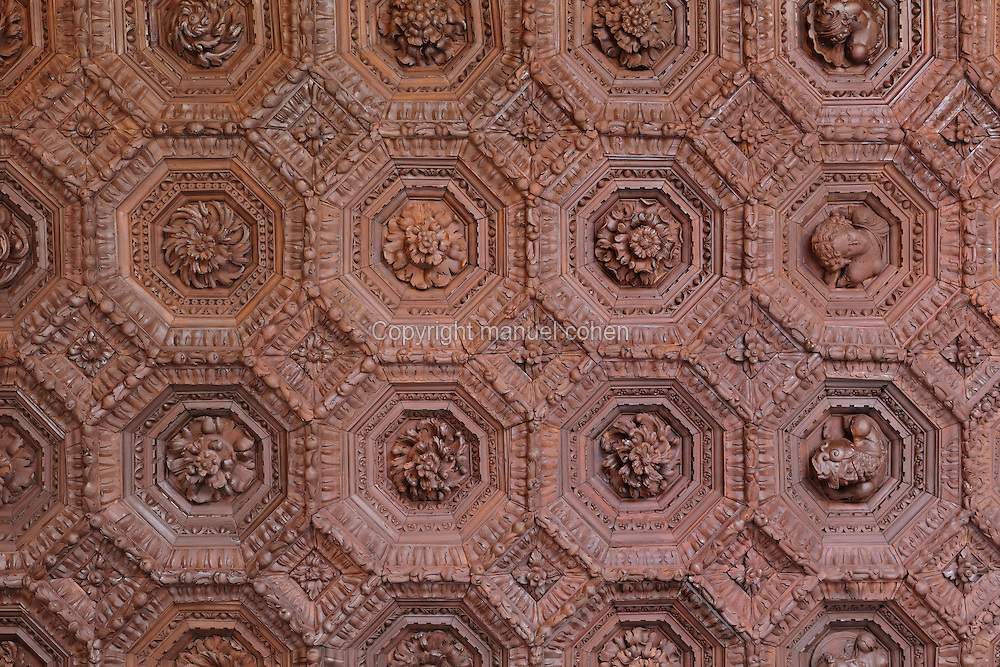