El Cuarto del Almirante se encuentra presidido por el oleo La Exposicion Iberoamericana de 1929, detail, or The Ibero-American Exhibition in the Admiral's Room in 1929, painting, by Alfonso Grosso Sanchez, 1893-1983, in the Real Alcazar, a Moorish royal palace in Seville, Andalusia, Spain. The exhibition was a World's Fair held in Seville from 9th May 1929 to 21st June 1930. The Alcazar was first founded as a fort in 913, then developed as a palace in the 11th, 12th and 13th centuries and used by both Muslim and Christian rulers. The Alcazar is listed as a UNESCO World Heritage Site. Picture by Manuel Cohen 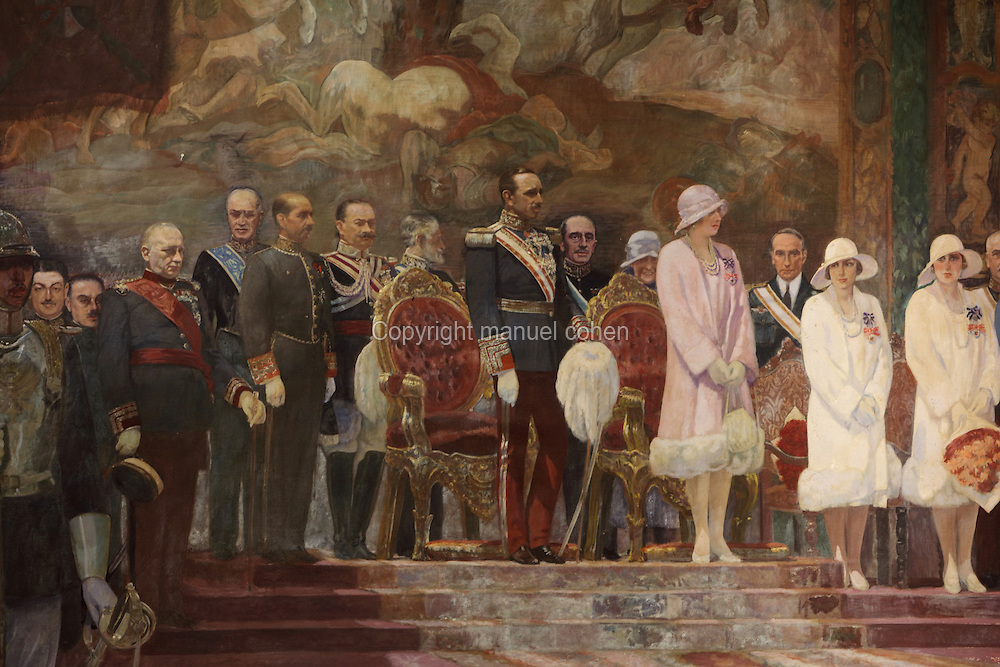