PARIS, FRANCE - JANUARY 19. A low angle view of Sacré-Coeur Basilica, on January 19, 2009, in Paris, France. Built between 1884-1914, the Basilica, whose clustered white domes are seen against a deep black night sky, was designed by Paul Abadie. Built in white travertine on the top of the Butte de Montmartre, the Romano-Byzantine style Sacré-Coeur was designed as a monument to those who died in the Paris Commune during the Franco-Prussian War, 1870-71. (Photo by Manuel Cohen) 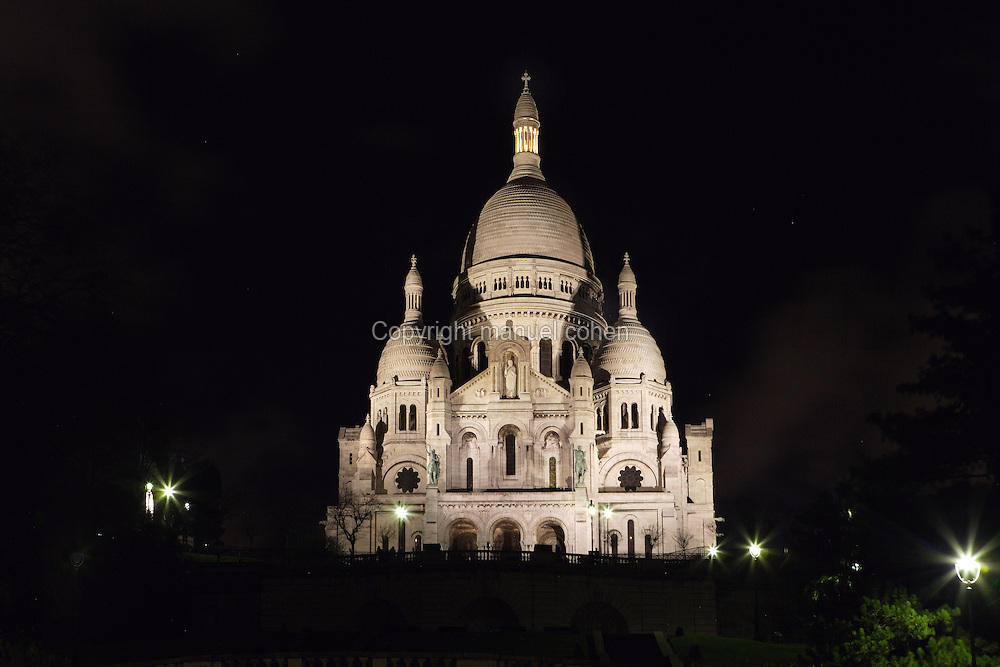