Remnants of papers, including passports, photographs, identity documents and details of French citizens who were under surveillance, which were burnt by the Germans before they retreated from Paris when defeat was imminent, from the collection of the Service Historique de La Defense, at the Chateau de Vincennes, Vincennes, Paris, France. The collection includes documents of the Vichy government detailing spying activities of the French Secret Services on the German Nazi regime. The Centre Historique des Archives at Vincennes forms part of the SHD, which stores the archives of the Ministry of Defence and its armed forces. It was set up by decree in 2005. Picture by Manuel Cohen 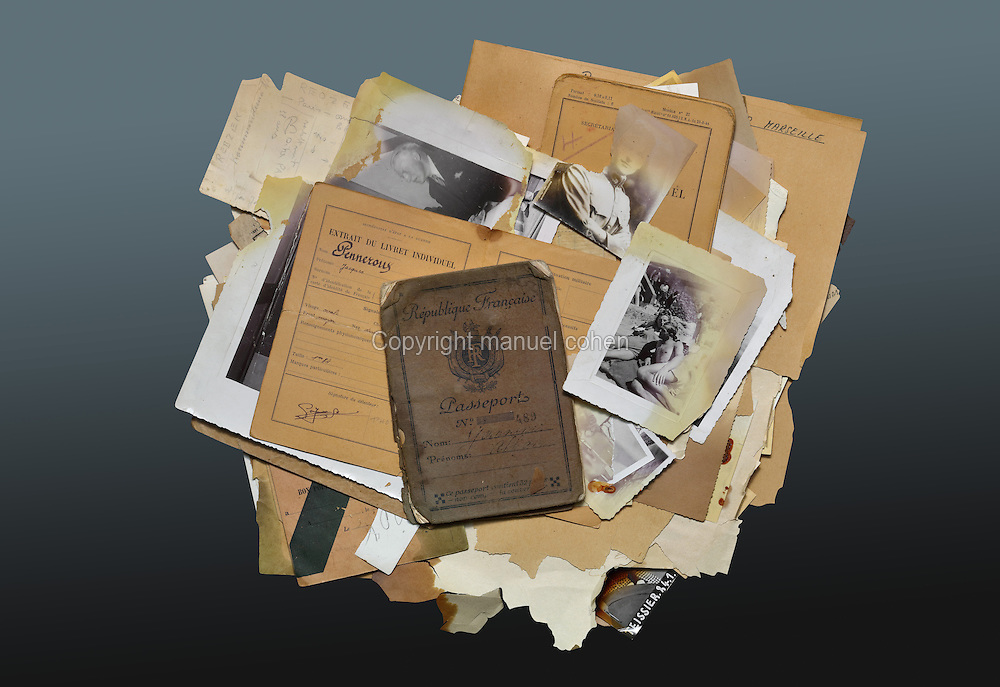