Treasury of the Pharaohs or Khazneh Firaoun, 100 BC - 200 AD, Petra, Ma'an, Jordan. Originally built as a royal tomb, the treasury is so called after a belief that pirates hid their treasure in an urn held here. Carved into the rock face opposite the end of the Siq, the 40m high treasury has a Hellenistic facade with three bare inner rooms. Petra was the capital and royal city of the Nabateans, Arabic desert nomads. People on the plaza give an idea of the scale of the edifice. Picture by Manuel Cohen 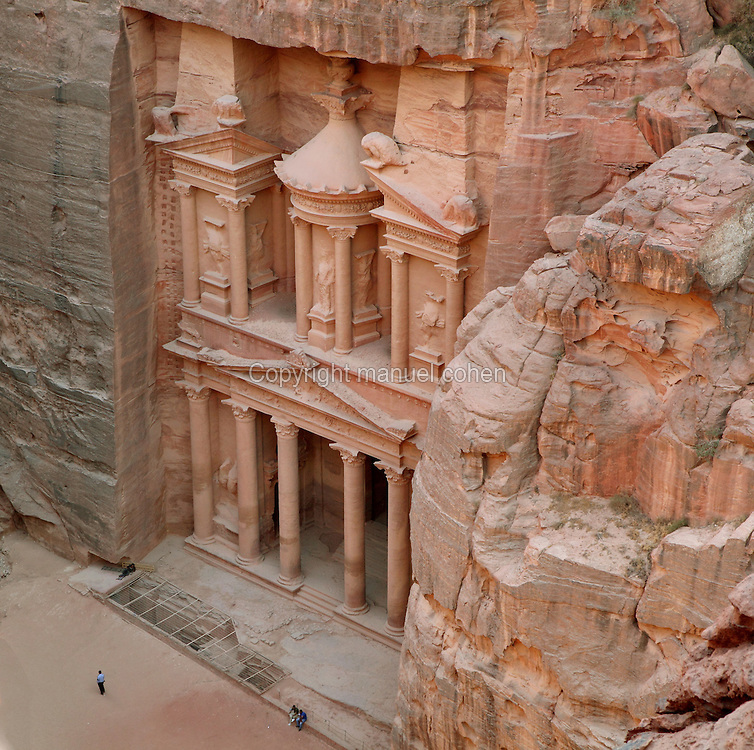