Funerary stela of Lutatia Lupata, a 16 year old girl, dedicated to the Mane gods or the souls of the deceased, marble, 2nd century AD, from the necropolis at Cerro de San Albin, in the Museo Nacional de Arte Romano, or National Museum of Roman Art, designed by Rafael Moneo and built 1981-86, housing Roman collections from the colony of Emerita Augusta, founded in 25 BC by Emperor Augustus, now modern-day Merida, Extremadura, Spain. The stela is in the style of a temple, depicting the deceased wearing a long sleeved tunic and playing a pandarium or similar stringed musical instrument. The Roman remains in Merida are listed as a UNESCO World Heritage Site. Picture by Manuel Cohen 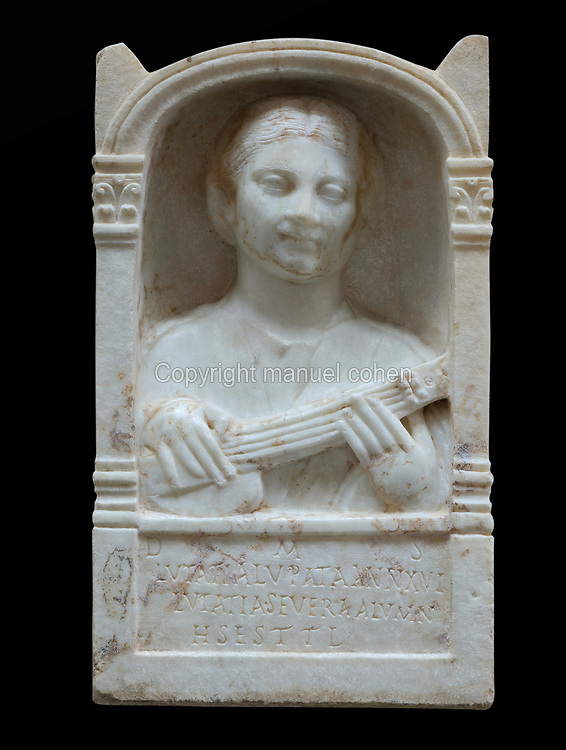