The Torre de Belem or Belem Tower, built in the 16th century by Francisco de Arruda under King John II as part of a defence system at the mouth of the river Tagus and a ceremonial gateway to the city, Santa Maria de Belem, Lisbon, Portugal. The limestone tower is built in Late Gothic Manueline style, and consists of a bastion terrace (right) a 4 storey tower and small access bridge (left). It is listed as a UNESCO World Heritage Site due to its important role during the Portuguese Age of Discoveries. Picture by Manuel Cohen 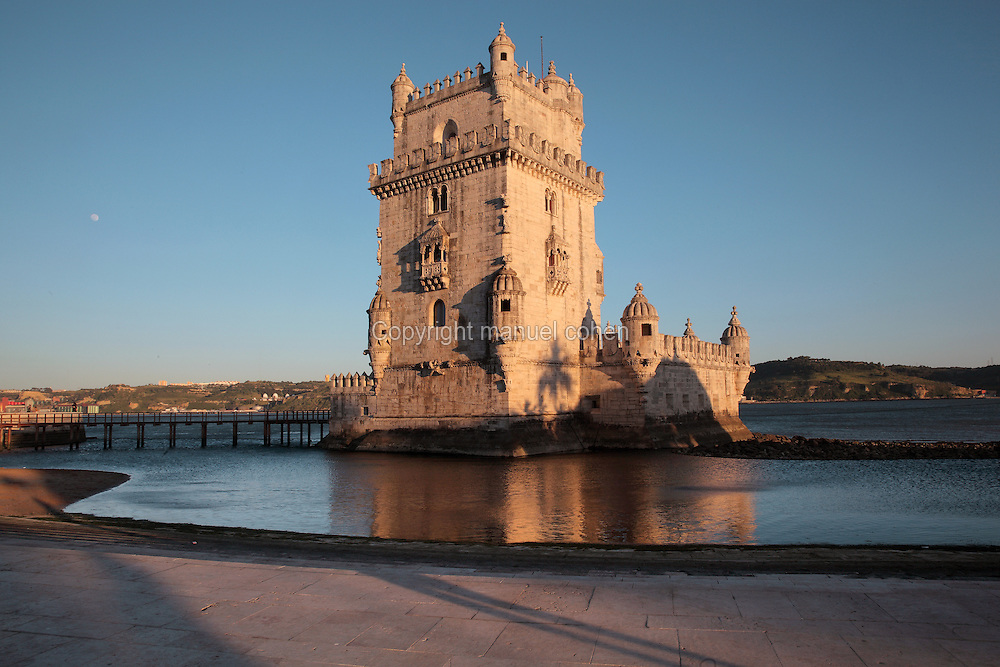