Cosmological mosaic, detail of Euphrates, a personification of the river and Tranquillitas, a personification of marine calm as a naked young woman, in a room off the atrium used for business, in Casa del Mitreo, a large Roman house built late 1st - early 2nd century AD, in Emerita Augusta, founded in 25 BC by Emperor Augustus, now Merida, Extremadura, Spain. The mosaic represents the myth of the origin of the Roman universe, depicting earth, heaven and sea and the forces which govern them. The house consists of 3 peristyles or courtyards with columns, and is decorated with mosaics and frescoes. It forms part of the Merida UNESCO World Heritage Site. Picture by Manuel Cohen 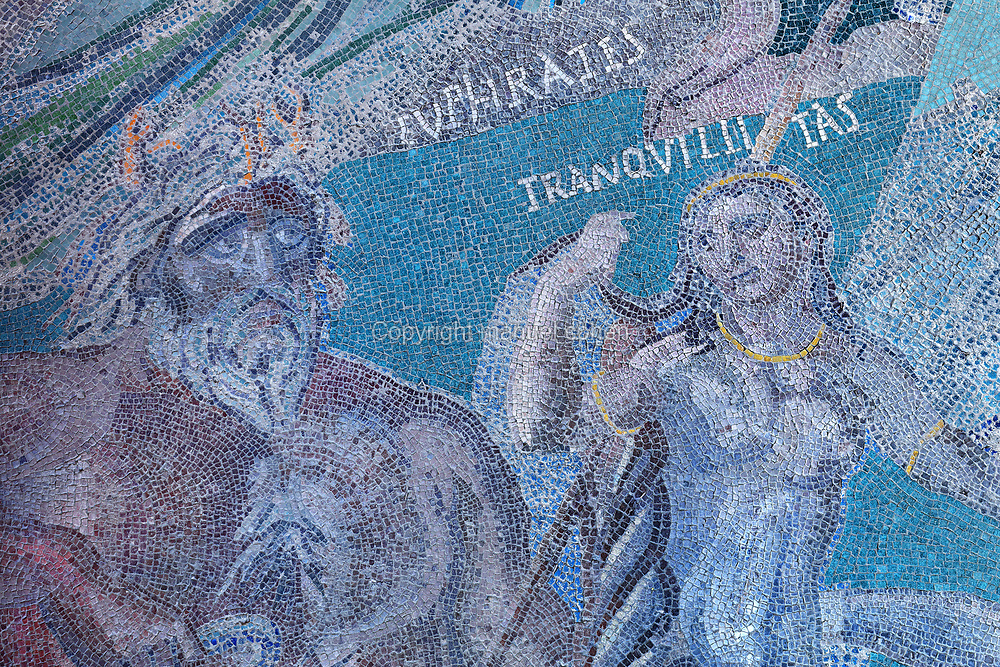