Central statue of the Virgin of the Assumption, standing on the moon surrounded by angels, from the altarpiece of the high altar, Renaissance, 1490-1503, in the Collegiate Church of Santa Maria la Mayor, originally a 10th century Islamic fortress, then a 12th century Romanesque church and Priory of the Royal Abbey of Montearagon, then collegiate church built 1541-59 by Pedro de Irazabal, at Bolea, Huesca, Aragon, Spain. The altarpiece consists of 20 painted panels and wooden polychrome statuettes. The design and ornamentation are by Flemish master Gil de Brabant, and the paintings by Master of Bolea, an unknown Spanish artist. Picture by Manuel Cohen 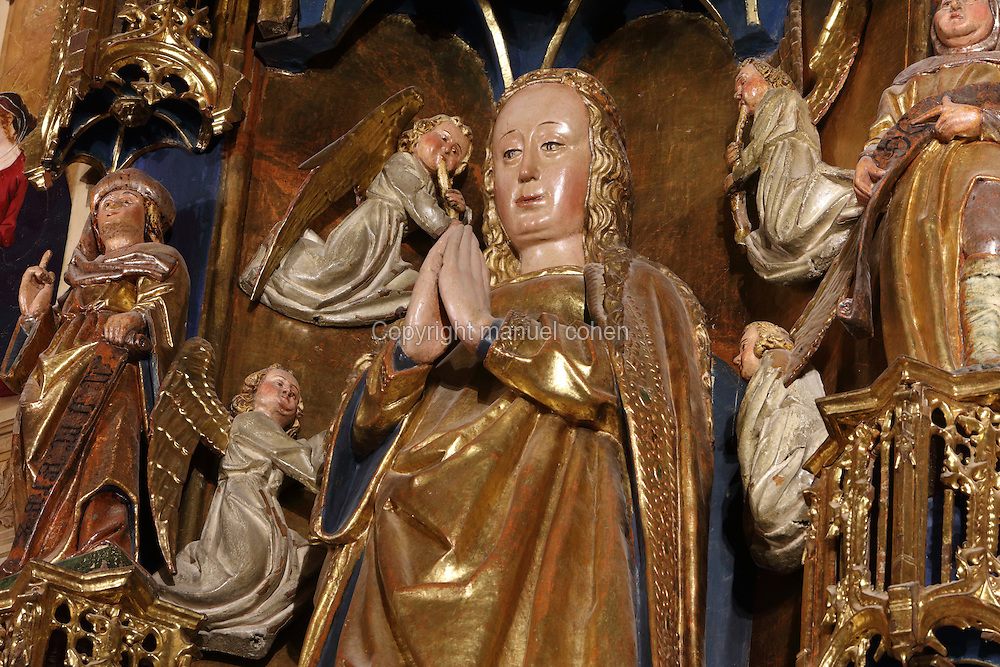