Tissue sampling operation of an Egyptian mummy at the Georges Labit museum on March 03, 2009 in Toulouse, France

GEORGES LABIT MUSEUM, TOULOUSE, FRANCE - MARCH 03 - EXCLUSIVE : A view from behind of the Egyptian mummy with the hands of the nurses taking her head off with Professor Pomar looking carefully at the operation in the background on March 3, 2009 in the Georges Labit Museum, Toulouse, France. The Egyptian mummy arrived in Toulouse in 1849, encased in a sarcophagus labelled "In-Imen" from the 7th or 8th century BC. It is preserved at the Labit Museum since 1949. The mummy is now the subject of a very rare tissue sampling operation to determine its datation. (Photo by Manuel Cohen) 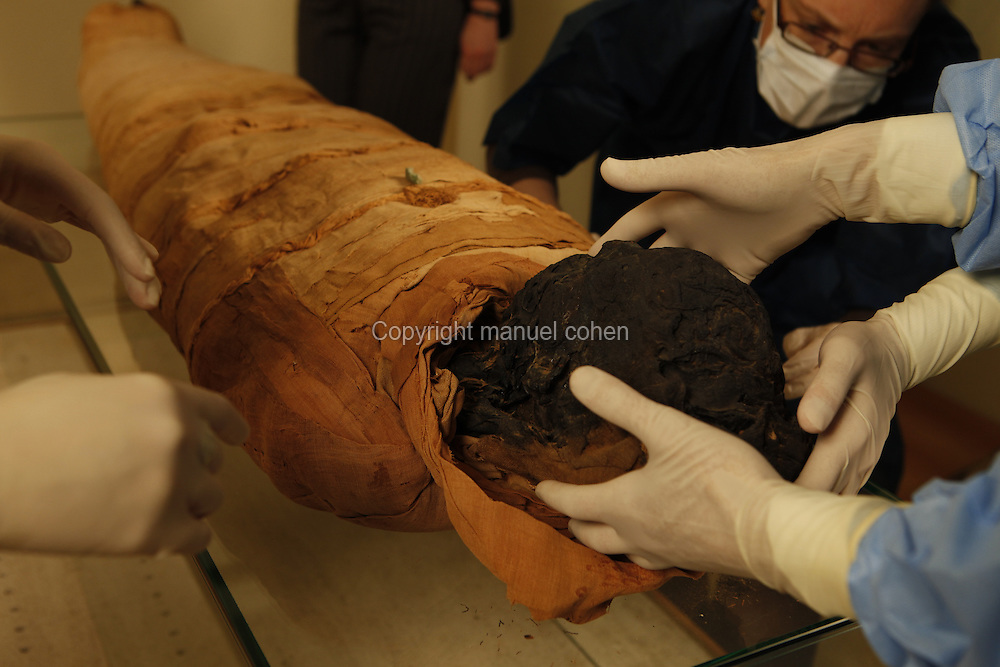