After the long siege, Charlemagne's soldiers storm the city of Pamplona. A knight spears an infidel and another rushes into the city while a watchman belatedly blows his horn. Section of the Fall of Pamplona, from the Charlemagne window, early 13th century, in the ambulatory of Chartres Cathedral, Eure-et-Loir, France. Chartres cathedral was built 1194-1250 and is a fine example of Gothic architecture. Most of its windows date from 1205-40 although a few earlier 12th century examples are also intact. It was declared a UNESCO World Heritage Site in 1979. Picture by Manuel Cohen 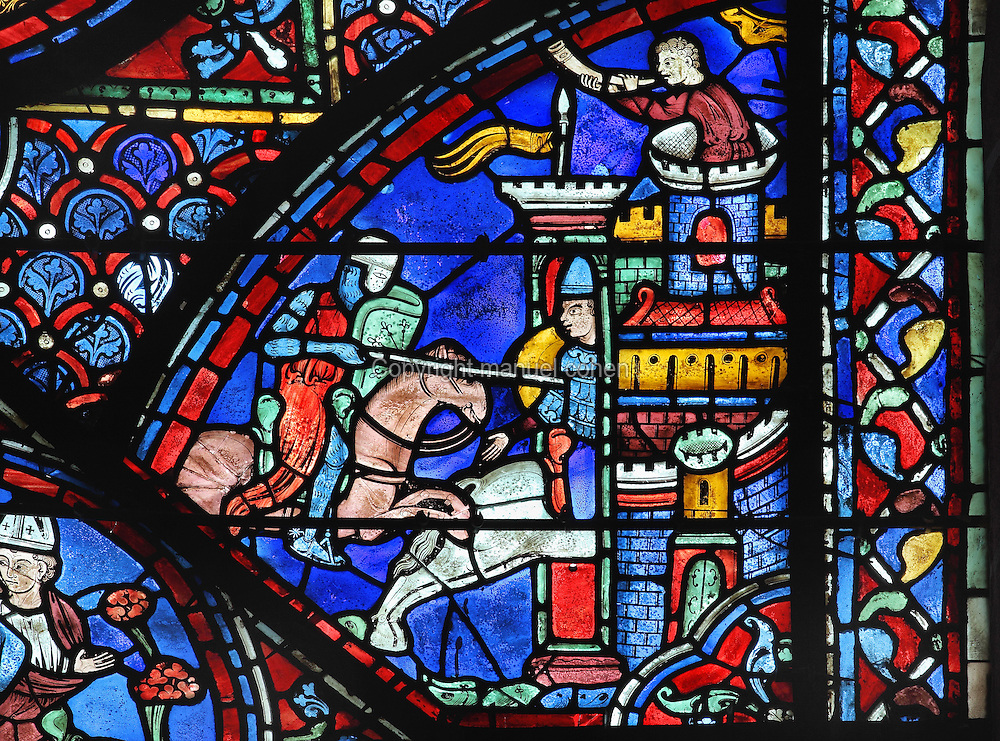