Automated spit of 1698, driven by a small automaton in traditional costume called Sir Bertrand, who cranks the spit and surveys the kitchen, in Les Hospices de Beaune, or Hotel-Dieu de Beaune, a charitable almshouse and hospital for the poor, built 1443-57 by Flemish architect Jacques Wiscrer, and founded by Nicolas Rolin, chancellor of Burgundy, and his wife Guigone de Salins, in Beaune, Cote d'Or, Burgundy, France. The kitchen is displayed as it was in the early 20th century and is animated every 15 minutes. The hospital was run by the nuns of the order of Les Soeurs Hospitalieres de Beaune, and remained a hospital until the 1970s. The building now houses the Musee de l'Histoire de la Medecine, or Museum of the History of Medicine, and is listed as a historic monument. Picture by Manuel Cohen 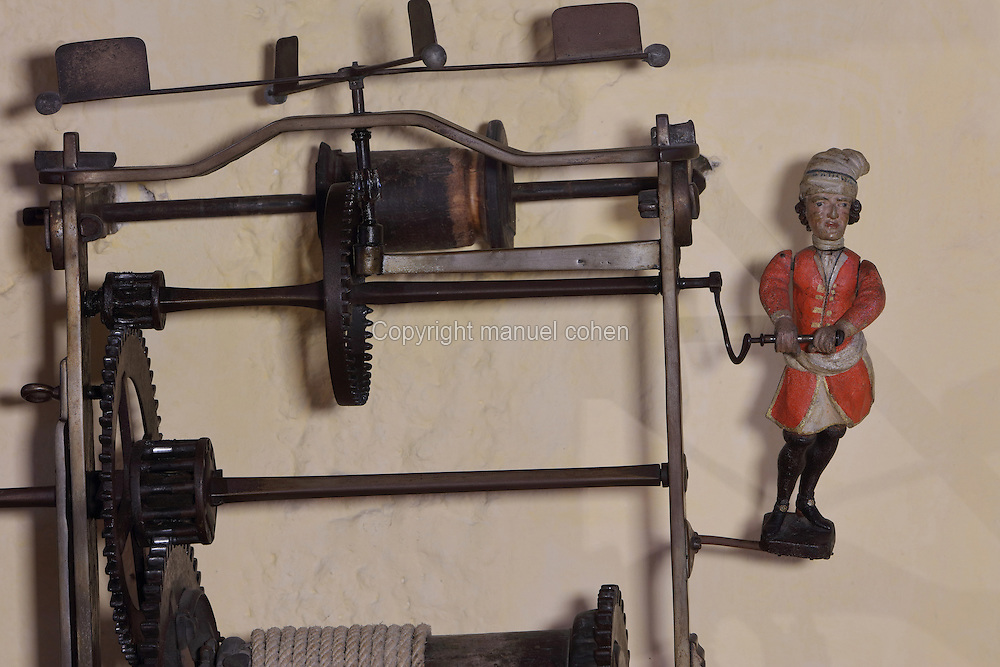