Colonnaded street and audience hall, Umayyad Palace, Amman Citadel, Jabal al Qal'a, Amman, Jordan. This street, built 730 AD, and the Umayyad Palace, also called Dar al-Imara, built c. 720 AD, are believed to be the work of Umayyad Arabs. The palace was an extensive complex of royal and residential buildings and was once home to the governor of Amman. The dome of the audience hall is a later reconstruction by Spanish archaeologists. Picture by Manuel Cohen 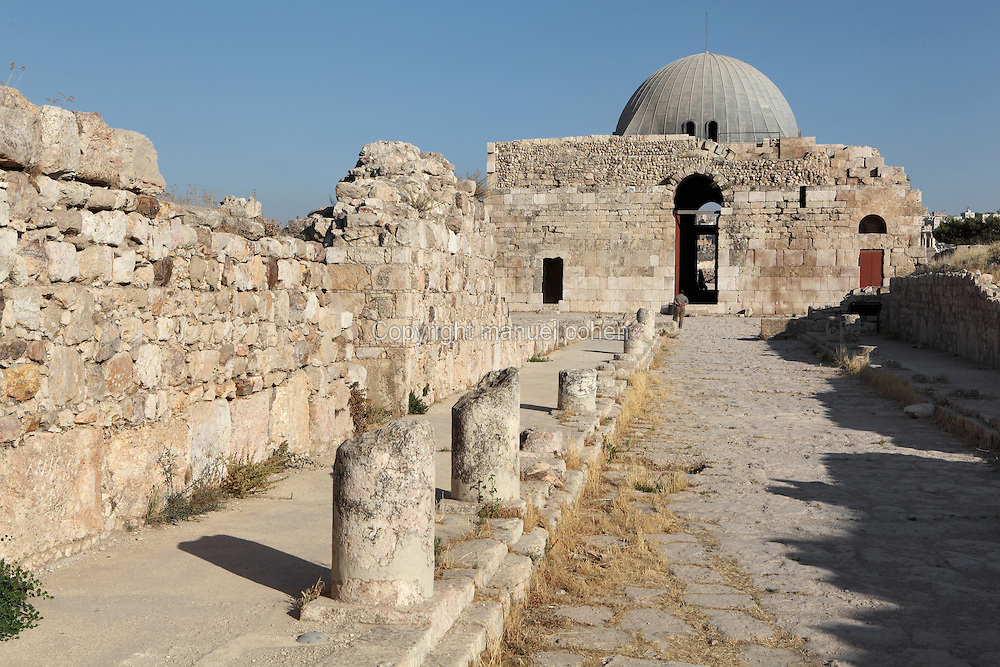