Constance Tower in Aigues-Mortes, Languedoc-Roussillon, France. The tower was built near the Rhone river, by king Saint Louis (Louis IX) between 1242 and 1248 to protect the harbour and the city. Aigues-Mortes is an ancient fortified city in the Gard department and its tower is the only defensive element. In there Protestant prisoners were locked, including Marie Durand in 1730 for 38 years. The foundation of a settlement on this site is attributed to the Roman Marius Caius, around 102 BC and the town has preserved the entire perimeter wall, featuring three corner towers, two flanking towers and the entrances provided by five main gates and five posterns. A port used during the last two crusades, both led by King Louis IX, Aigues-Mortes was also a commercial port from its founding. Picture by Manuel Cohen. 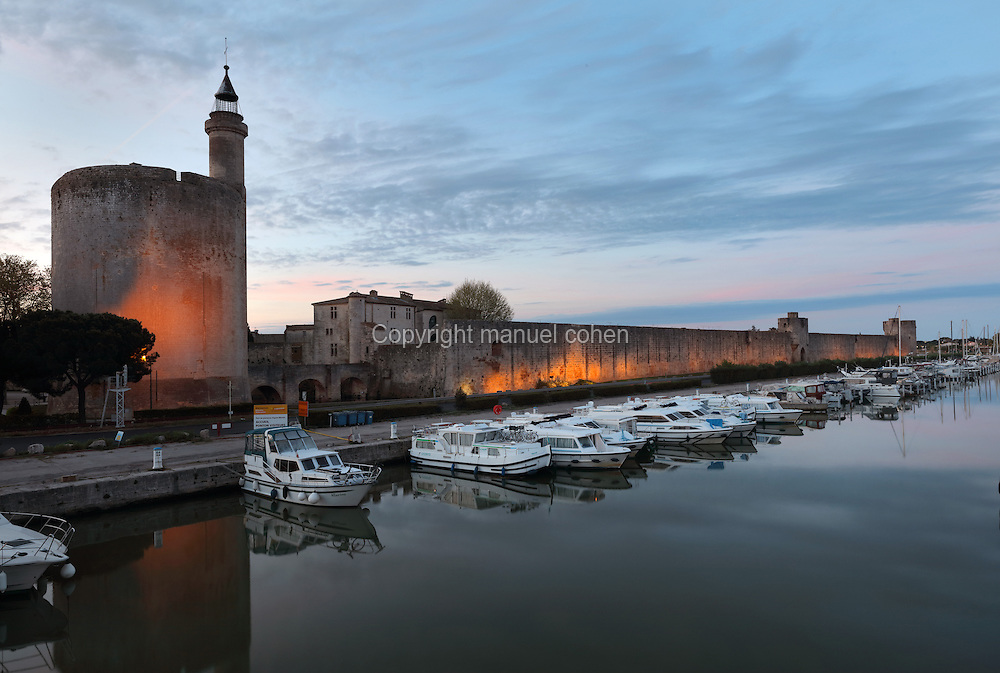