Detail of Francis I from a fresco entitled La Renaissance, 1 of a series of 4 paintings depicting the 4 ages of French art, showing Francis I and his court at the Chateau de Chambord, with Diane d’Anet (Diana the huntress statue) and the Pleiade poets, painted in Art Deco style in 1929-30 by Robert La Montagne Saint-Hubert, 1887-1950, and 2 assistants, Ethel Wallace and James Newell, 1900-1985, 1 of 6 frescoes which were discovered during works in 1994 and restored in 2011, in the Grand Salon or Great Hall of the Fondation des Etats Unis or American Foundation, designed by Pierre Leprince-Ringuet, 1874-1954, and inaugurated in 1930, in the Cite Internationale Universitaire de Paris, in the 14th arrondissement of Paris, France. The Grand Salon is listed as a historic monument. The CIUP or Cite U was founded in 1925 after the First World War by Andre Honnorat and Emile Deutsch de la Meurthe to create a place of cooperation and peace amongst students and researchers from around the world. It consists of 5,800 rooms in 40 residences, accepting another 12,000 student residents each year. Picture by Manuel Cohen. Further clearances may be requested. 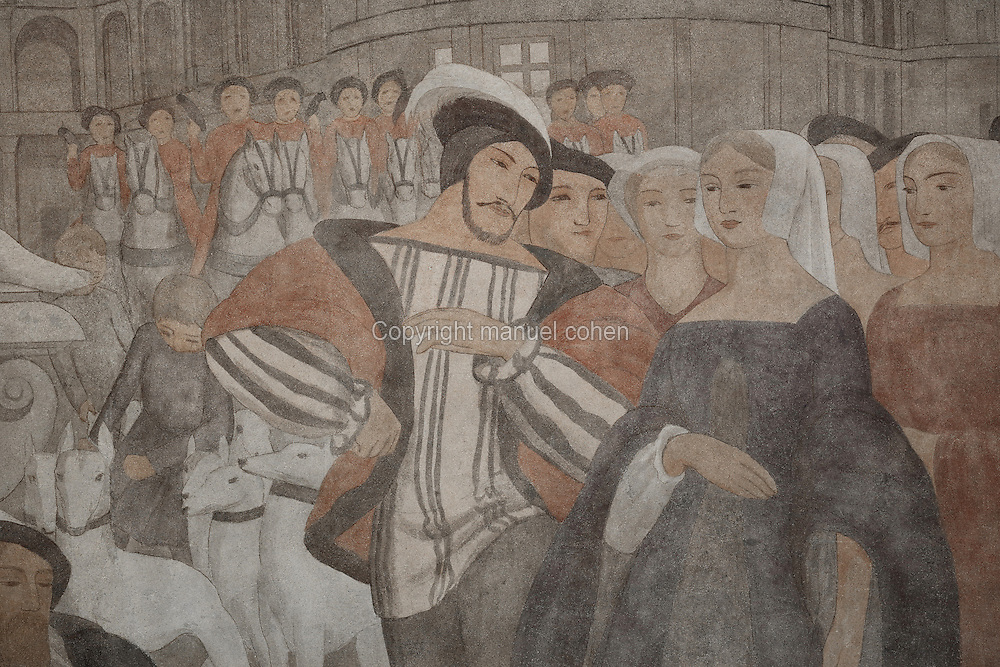