Torre de l'Homenatge or Tower of Homage of the Castell de Montsoriu or Montsoriu's Castle (10th Century), located between Arbucies and Sant Feliu de Buixalleu (Catalonia, Spain). It's the most important Gothic castle in Catalonia and it was built on top of the hill named Montsoriu. The castle has some Pre-Romanesque structures presented in three enclosures surrounded by walls and a master tower called Torre de l'Homenatge or Tower of Homage (14.5 m), which is the oldest building. The castle has other constructions of Gothic's period and a smaller tower. In January 2011, the monument was opened to the public. Picture by Manuel Cohen 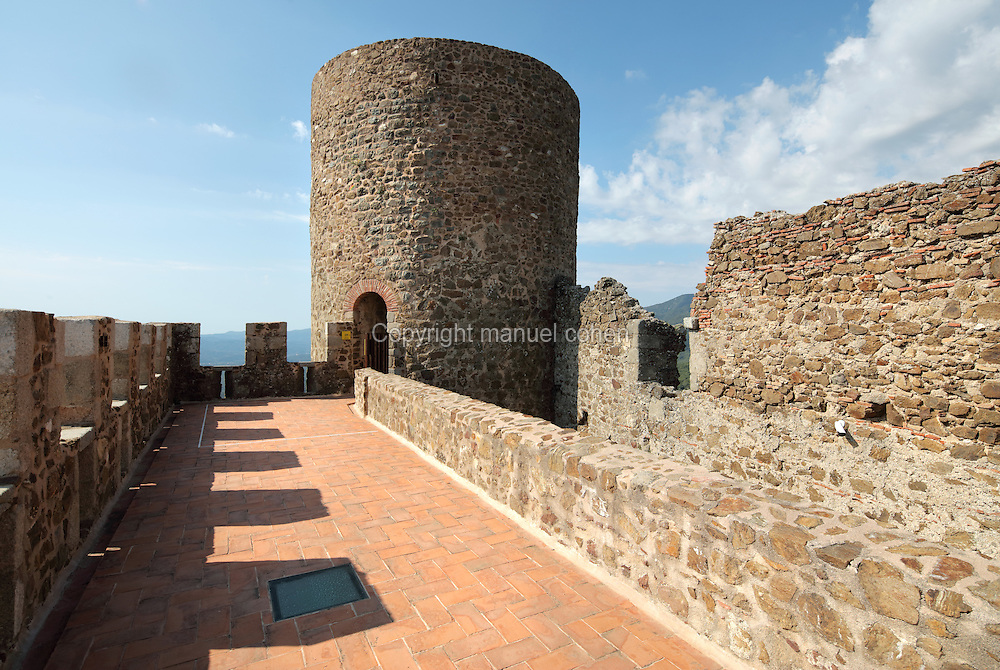