Emperor Charles V at the Reichstag in Worms, bas-relief at the entrance to the Berliner Dom or Berlin Cathedral, redesigned by Julius Raschdorff and completed 1905 in Historicist style after being badly damaged in World War Two, although the original chapel on this site was consecrated in 1454, Museum Island, Mitte, Berlin, Germany. The buildings on Museum Island were listed as a UNESCO World Heritage Site in 1999. Picture by Manuel Cohen 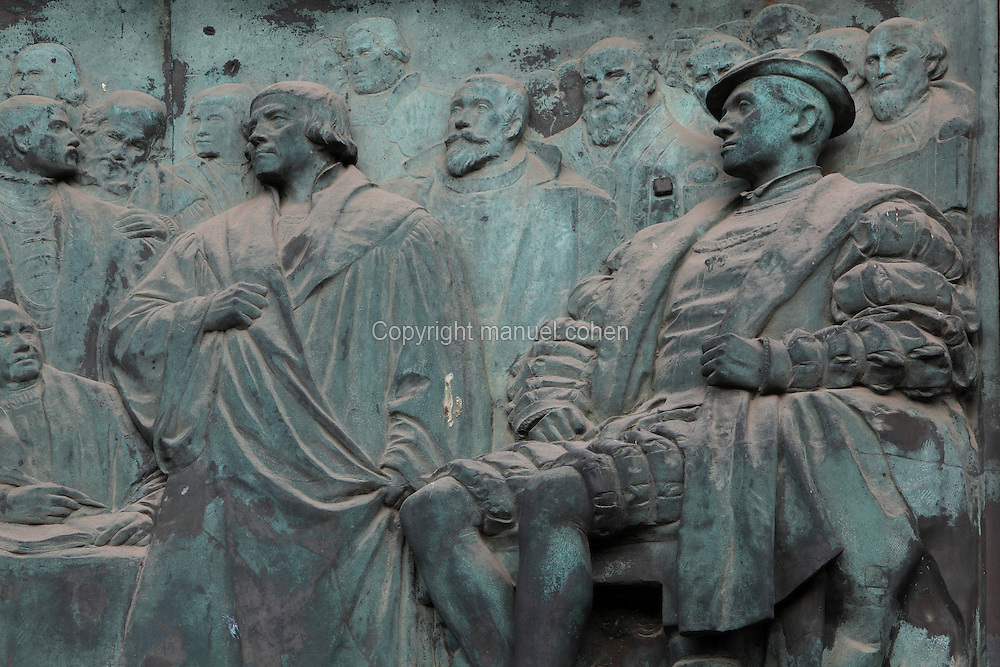