Devrent Valley, known as Imagination Valley, near Goreme in Nevsehir province, Cappadocia, Central Anatolia, Turkey. The rock formations here were made by erosion of the volcanic tuff created by ash from volcanic eruptions millions of years ago, and many resemble figures or animals, such as camels, snakes, seals and dolphins. This area forms part of the Goreme National Park and the Rock Sites of Cappadocia UNESCO World Heritage Site. Picture by Manuel Cohen 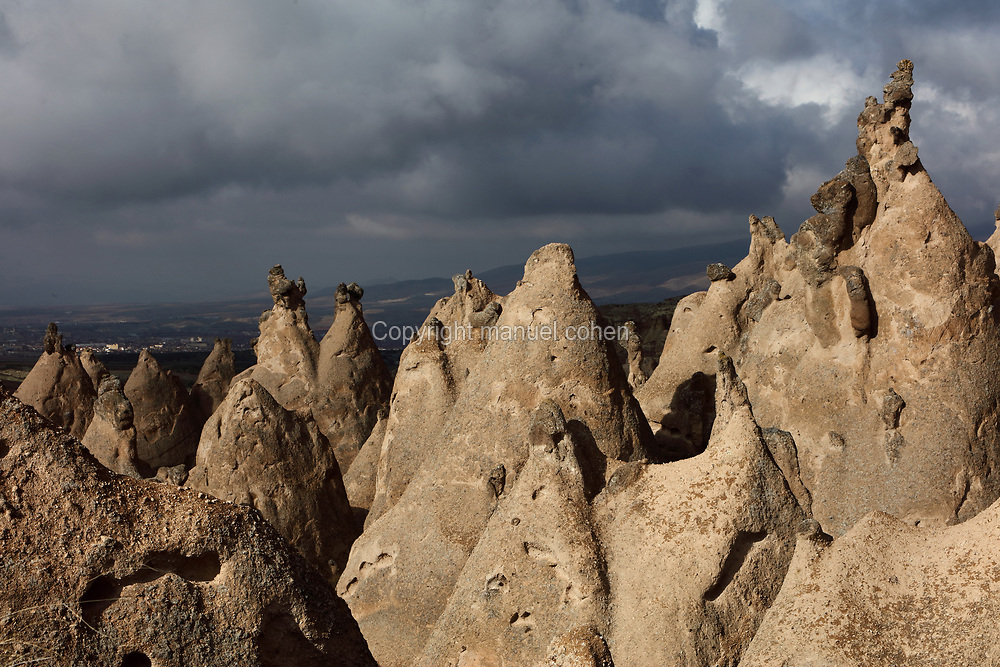