Emperor Nero (37-68AD), plaster cast, Macellum, Pompeii, Italy. The original statue portraying the Emperor Nero as a young man, is now situated in National Museum of Naples. The Macellum, 2nd century BC, Pompeii's covered food market on the North East of the Forum, contained an Imperial Shrine demonstrating that the cult developed before the 79AD earthquake. Pompeii was seriously damaged by an earthquake in 62AD and engulfed by Volcanic ash after a major eruption of Mount Vesuvius in August 79AD. It lay almost undisturbed until archaeologists started to excavate it seriously in the 18th century. Photograph by Manuel Cohen. 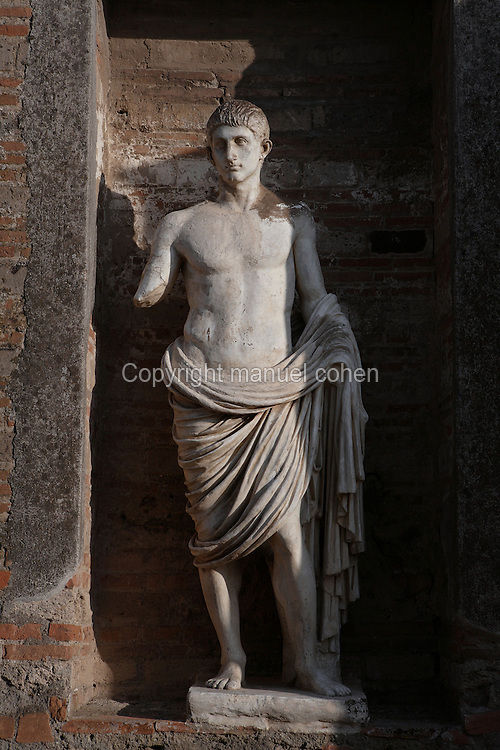