Decorative detail of shells (coquilles Saint-Jacques) and hearts (coeurs) representing the name Jacques Coeur, on the balustrade of the musicians' lodge in the Salle des Festins or Hall of Feasts, in the Palais Jacques Coeur, huge manor house built 1443-51 in Flamboyant Gothic style, on the Place Jacques Coeur, Bourges, France. The Salle des Festins was used for receptions. It has a monumental fireplace, a high lodge for musicians and a hatch enabling dishes to be brought quickly to the table. Jacques Coeur, 1395-1456, was a wealthy merchant and was made master of the mint to King Charles VII in 1438. The building is listed as a historic monument. Picture by Manuel Cohen 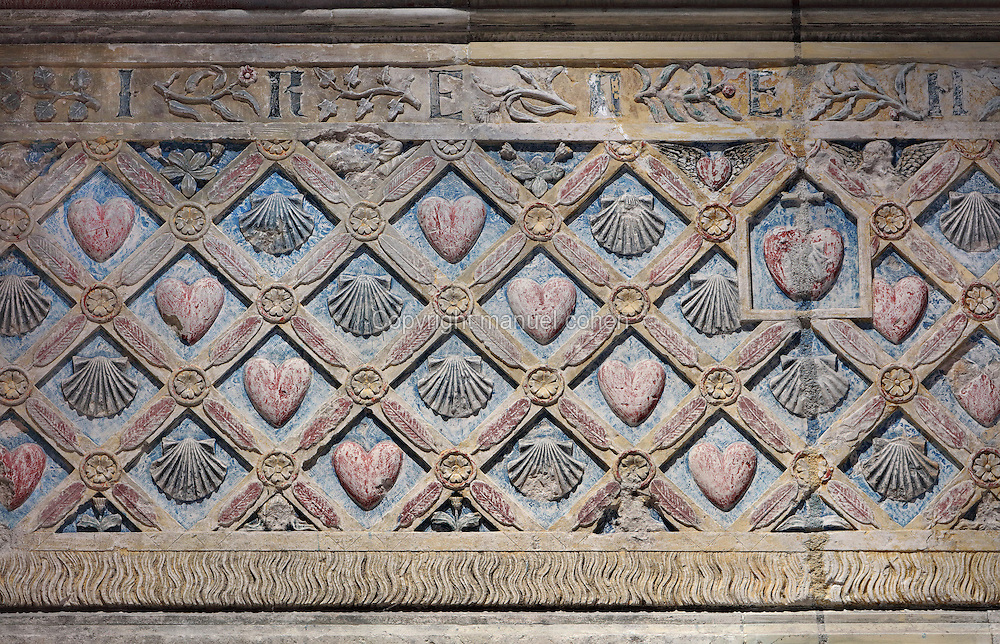