Decorative plasterwork with Arabic script, in the Patio de las Doncellas, or Courtyard of the Maidens, in the Mudejar Palace, or Palacio del Rey Don Pedro, built by Pedro I of Castile, 1334-1369, in 1364, in the Real Alcazar, a Moorish royal palace in Seville, Andalusia, Spain. The Patio de las Doncellas is a courtyard surrounded by muqarnas arches and a central sunken garden. It is the main courtyard of the palace and was named after the Moorish annual tradition of demanding 100 virgins from their Christian kingdoms. The ground floor is in typical Mudejar style but the upper floor was added 1540-72 and shows Renaissance influences. The Alcazar was first founded as a fort in 913, then developed as a palace in the 11th, 12th and 13th centuries and used by both Muslim and Christian rulers. The Alcazar is listed as a UNESCO World Heritage Site. Picture by Manuel Cohen 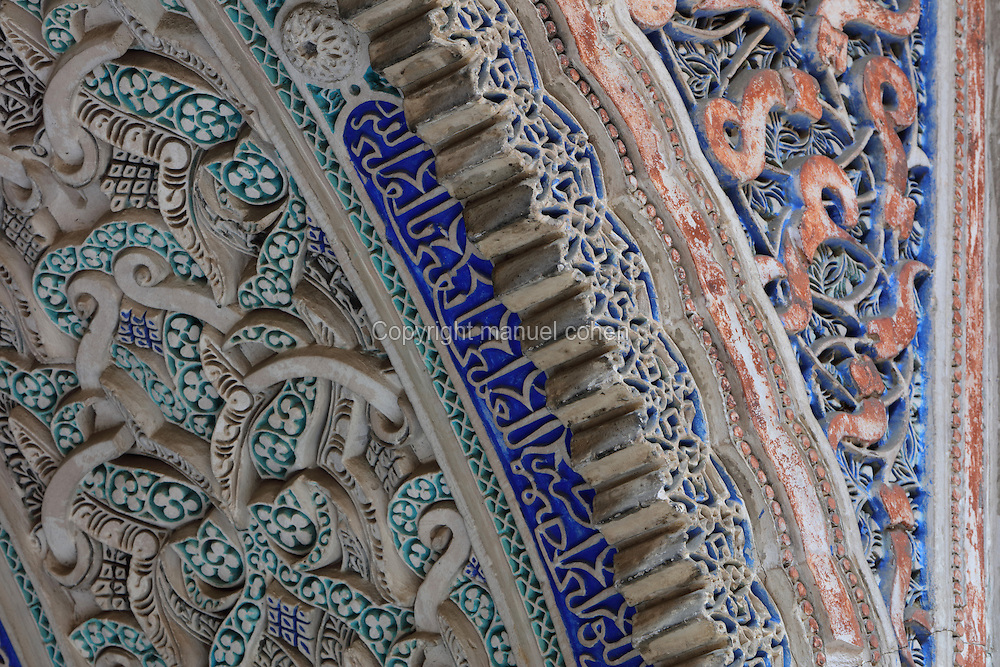