Nave of the Catedral de Santa Cruz de Cadiz (Cadiz Cathedral), designed by Vicente Acero in Baroque and Neoclassical style and built 1722-1838, Cadiz, Andalusia, Southern Spain. The cathedral interior is 85m long and 60m wide in a triple-nave Latin cross plan, with the tabernacle under the dome and gold pulpits to either side. Cadiz is one of the oldest cities in Europe, founded by the Phoenicians in 1100 BC, and later became a Carthaginian then a Roman city, and Spain's constitution was signed here in 1812. It is situated on a peninsula on the Costa de la Luz. Picture by Manuel Cohen 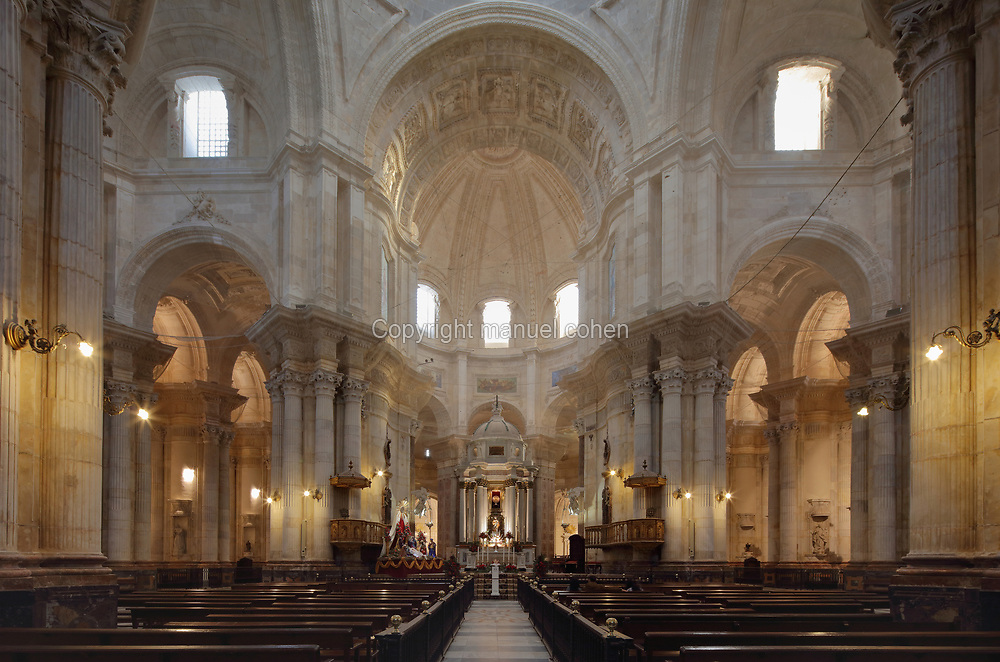