The Asclepian Treasury, built to hold offerings made to the god Asclepius, at the Shrine of Asclepius, Butrint, Chaonia, Albania. The earliest Sanctuary comprised a temple to the God, a stoa (covered walkway) and a treasury. By the 3rd century BC the Sanctuary had been modified to include a theatre and a perisytyle building, probably a pilgrim's hostel. Butrint was founded by the Greek Chaonian tribe and was a port throughout Hellenistic and Roman times, when it was known as Buthrotum. It was ruled by the Byzantines and the Venetians and finally abandoned in the Middle Ages. The ruins at Butrint were listed as a UNESCO World Heritage Site in 1992. Picture by Manuel Cohen 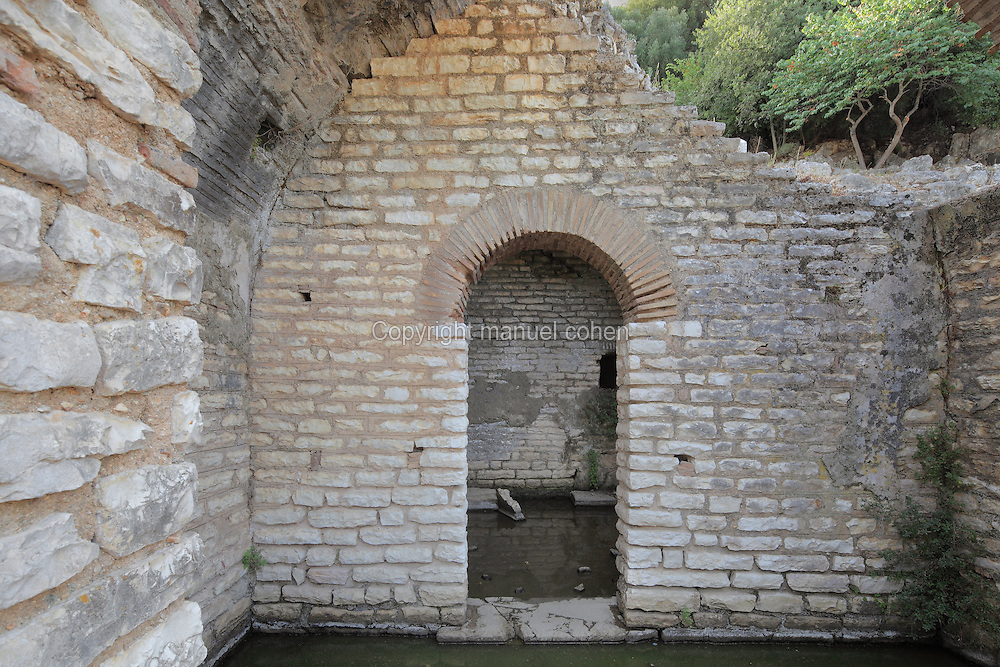