Honorary seat with lion paw feet in the Theatre, built in the 4th century BC by the Greeks and expanded by the Romans in the 2nd century AD, Priene, Aydin, Turkey. The theatre has seats 6500 seats, and is built into the hill-side. The stage building was a separate structure, and provided a backdrop for the plays which were performed in the orchestra. The honorary seats were in front of the first row, there are 5 armchairs, some of which have lion paw feet. They were donated by an Agonothete (the magistrate who was responsible for putting on the plays), and dedicated to Dionysos. An altar to the god of the theatre was set up in the middle of the front row. In the ancient world plays were performed in honour of the god and included sacrificial rites. Priene was an ancient Greek city in Ionia, originally sited on the sea coast on a steep hill, although the site is now inland. Picture by Manuel Cohen 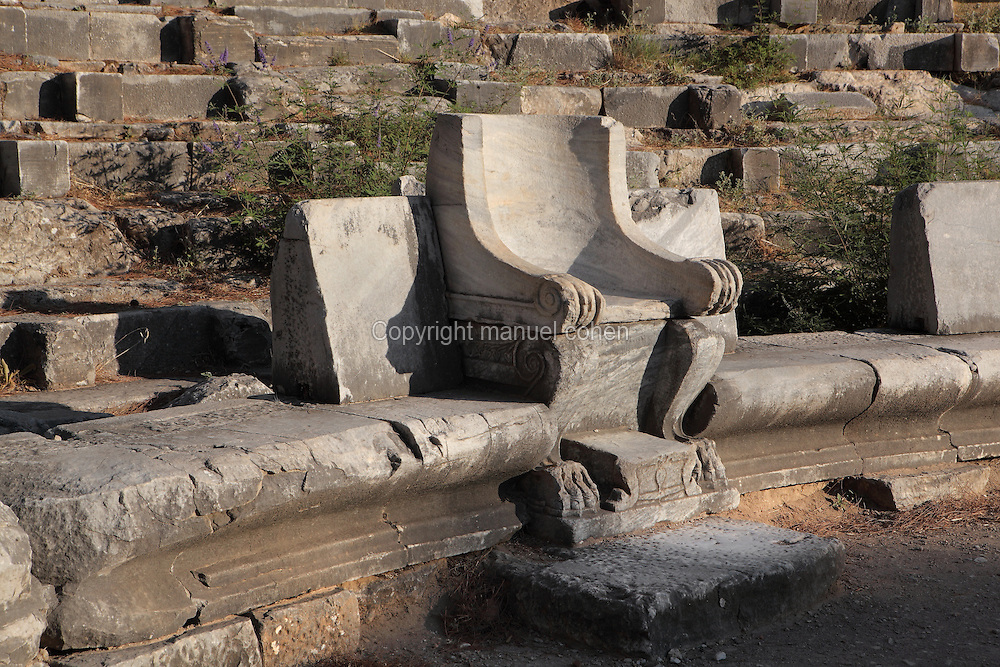