Temple of Aphrodite, begun 1st century BC and finished during the reign of Roman Emperor Augustus, with the Tetrapylon in the distance, Aphrodisias, Aydin, Turkey. 14 of the over 40 Ionic columns of the temple remain today, as well as the foundations of the cellars. The temple formed the centre of the city and occupies its Northern section. It was later altered when it became a Christian basilica. Many examples of statuary have been found around the temple (there is a marble quarry close by) and it is thought that a school of sculpture was based here. Aphrodisias was a small ancient Greek city in Caria near the modern-day town of Geyre. It was named after Aphrodite, the Greek goddess of love, who had here her unique cult image, the Aphrodite of Aphrodisias. The city suffered major earthquakes in the 4th and 7th centuries which destroyed most of the ancient structures. Picture by Manuel Cohen 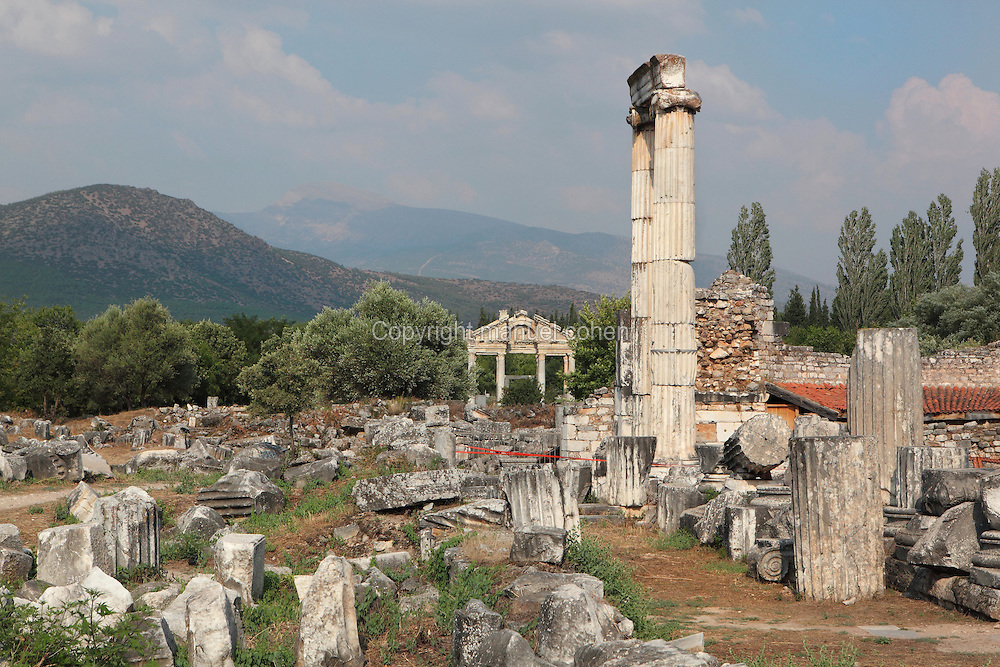