Horseshoe arch in carved stucco in the portico of the Patio of the Gilded Room, between the Mexuar and the Gilded Room or Cuarto Dorado in the Comares Palace, with intricately carved wall with latticed windows beyond, Alhambra Palace, Granada, Andalusia, Southern Spain. It was built under Mohammed V in the 14th century. The Alhambra was begun in the 11th century as a castle, and in the 13th and 14th centuries served as the royal palace of the Nasrid sultans. The huge complex contains the Alcazaba, Nasrid palaces, gardens and Generalife. Picture by Manuel Cohen 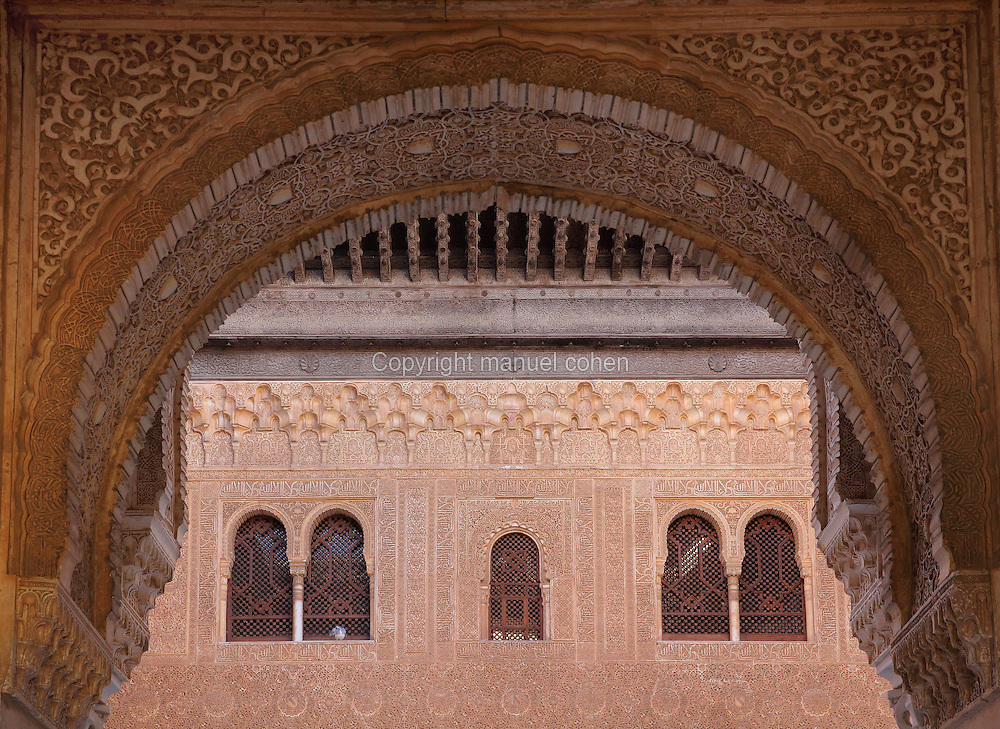