At the siege of Pamplona, Emperor Charlemagne, 742-814, dressed in red and green, kneels and prays to Jesus for the success of the siege in his name. Soldiers on horseback are ready for battle with lances raised and banners flying. Section of Charlemagne praying before the battle, from the Charlemagne window, early 13th century, in the ambulatory of Chartres Cathedral, Eure-et-Loir, France. Chartres cathedral was built 1194-1250 and is a fine example of Gothic architecture. Most of its windows date from 1205-40 although a few earlier 12th century examples are also intact. It was declared a UNESCO World Heritage Site in 1979. Picture by Manuel Cohen 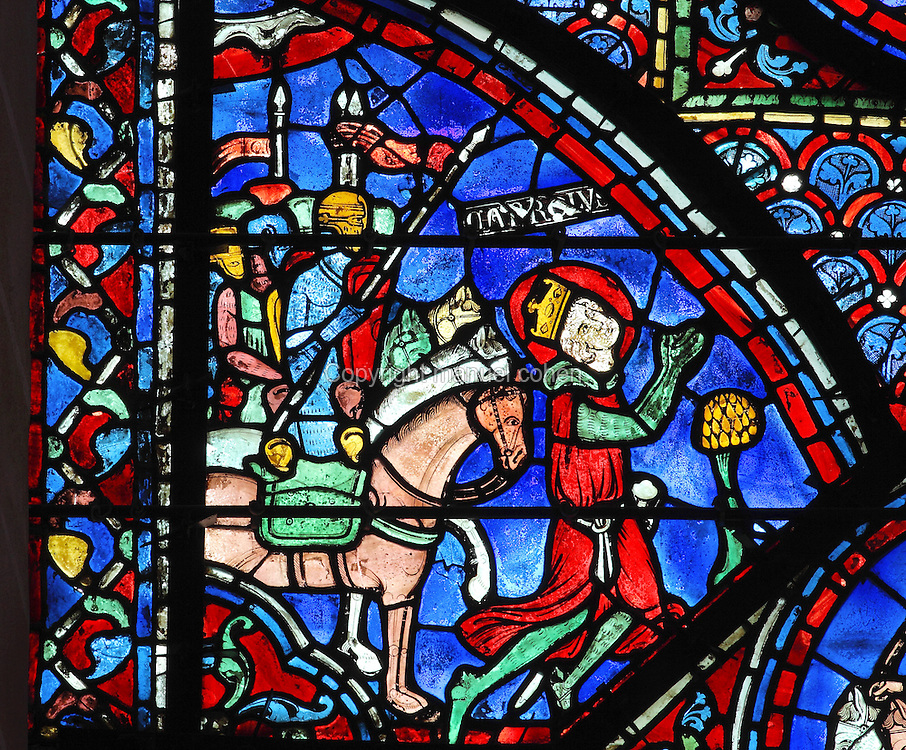