Sculptural group of the Baptism of Clovis, on the Tomb of Saint Remi, in the chancel of the Basilique Saint Remi or Abbey of St Remi, 11th century, Romanesque, Reims, France. The tomb of Archbishop Saint Remi, 440-533, who converted Clovis, the King of the Franks, to Christianity in 496 AD, is carved with Renaissance statues of the peers of France and surrounded by a 17th century enclosure. The original 16th century tomb was destroyed in the French Revolution and much of this present version dates to 1847. The abbey is a UNESCO World Heritage Site. Picture by Manuel Cohen 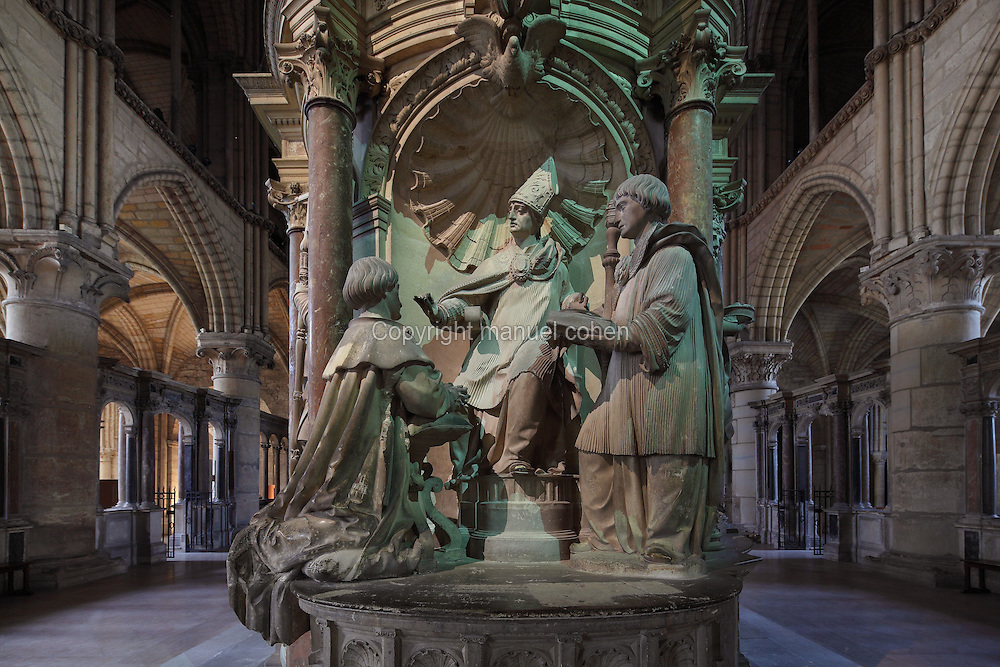