The Temple of Valetudo, built by Agrippa c. 39 BC and dedicated to the goddess of health, and behind, the Twin Temples, Roman Corinthian temples with a peribole or arcade of columns, built 1st century BC and partially rebuilt, in the first Roman forum, built c. 20 BC, in Glanum, a Celto-Ligurian oppidum founded by the Salyens tribe in the 6th century BC, near Saint-Remy-de-Provence, in the Alpilles mountains, Provence-Alpes-Cote d'Azur, France. The town had a strong Greek and Hellenistic influence before becoming a Roman town in the 1st century BC. Picture by Manuel Cohen 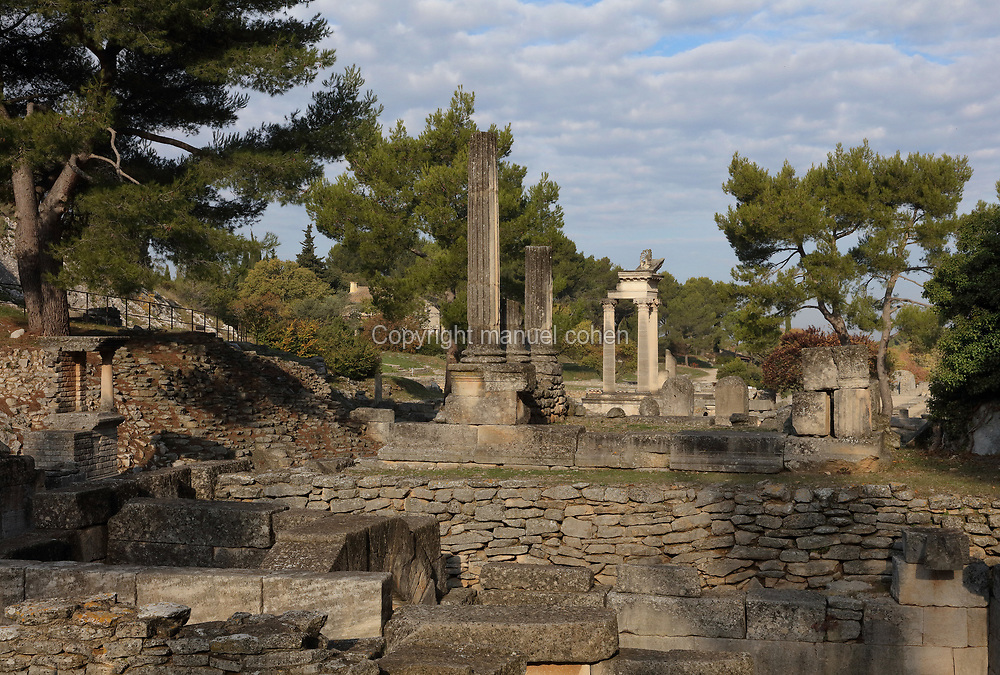