The Incarnation of the Son of God in the Virgin, by Jose Risueno, 1655-1732, high relief on a 4m wide medallion on the main facade of Granada Cathedral, or the Cathedral of the Incarnation, built 16th and 17th centuries in Renaissance style with Baroque elements, Granada, Andalusia, Southern Spain. Several architects worked on the cathedral, which, unusually, has 5 naves and a circular capilla mayor instead of an apse. Granada was listed as a UNESCO World Heritage Site in 1984. Picture by Manuel Cohen 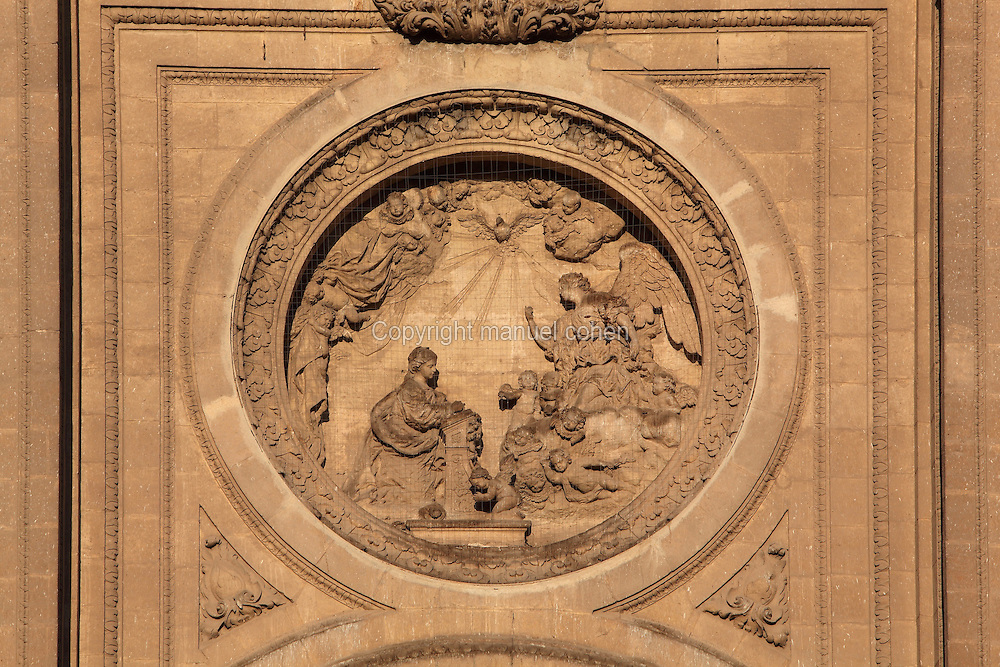