Treasury of the Pharaohs seen from the end of the Siq, Petra, Ma'an, Jordan. The Siq is a 1.2km gorge formed when the earth split by tectonic forces and is the main entrance to Petra. The Treasury of the Pharaohs or Khazneh Firaoun, 100 BC - 200 AD, was originally built as a royal tomb and is so called after a belief that pirates hid their treasure in an urn held here. Carved into the rock face opposite the end of the Siq, the 40m high treasury has a Hellenistic facade with three bare inner rooms. Petra was the capital and royal city of the Nabateans, Arabic desert nomads. Picture by Manuel Cohen 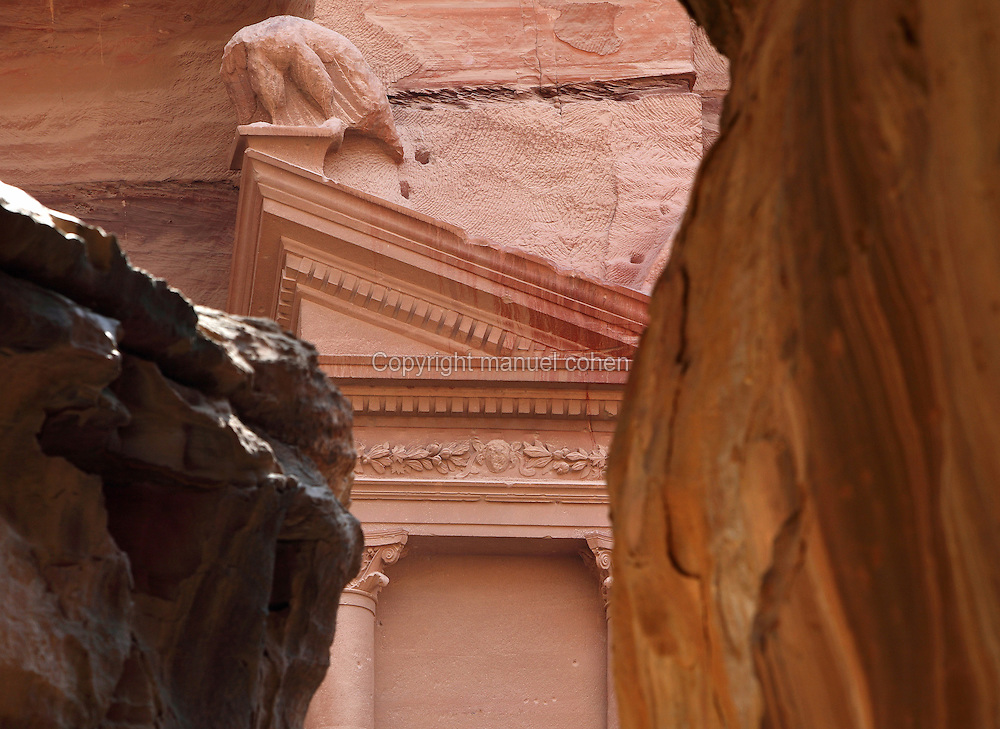