Horseshoe arches with decorative plasterwork crowned with shells, symbolising the life cycle of humans, in the Royal Bedroom, in the Mudejar Palace, or Palacio del Rey Don Pedro, built by Pedro I of Castile, 1334-1369, in 1364, in the Real Alcazar, a Moorish royal palace in Seville, Andalusia, Spain. The bedroom has arched alcoves which were hung with drapes and an alfarje panelled wooden ceiling built in the 14th century. The Alcazar was first founded as a fort in 913, then developed as a palace in the 11th, 12th and 13th centuries and used by both Muslim and Christian rulers. The Alcazar is listed as a UNESCO World Heritage Site. Picture by Manuel Cohen 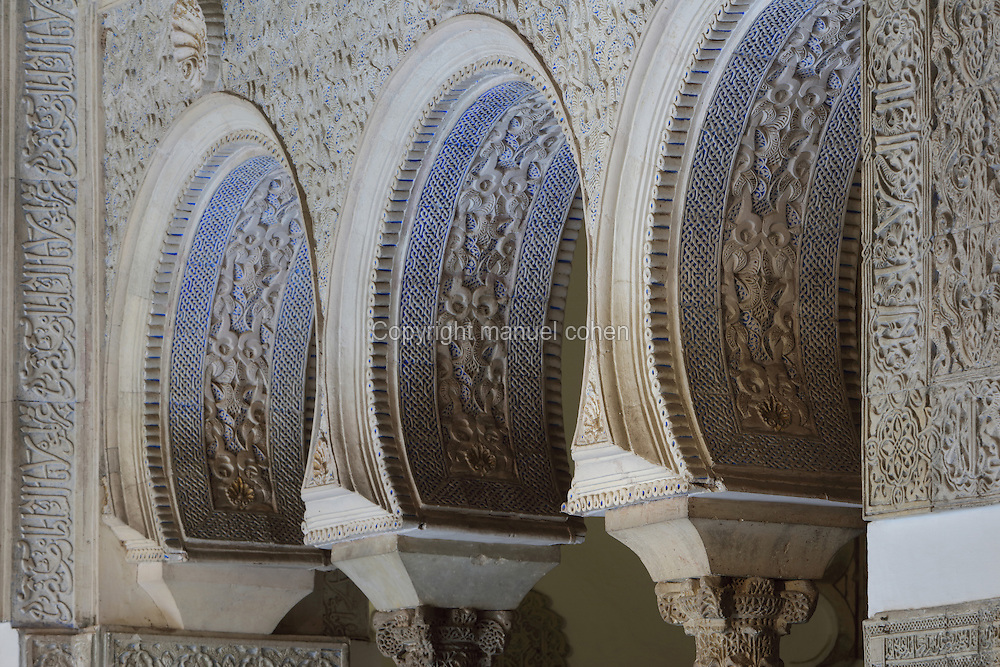