Kasper, French sculptor and painter, at his Parisian studio, on March 10, 2012

Kasper (b.1962), French sculptor and painter, at his Parisian studio, on March 10, 2012, Asnieres, Hauts-de-Seine, France. Trained at lAcademie du Jeudi (1970-1975), a free expression studio directed by Arno Stern, then until 1984 at E.N.S.A.A.M.A. (Ecole Nationale Superieure des Arts Appliques et Metiers dArt), and finally he studied sculpture in stone at the Ateliers de la Glaciere (1996-99). Since 2000 Kasper has created many monumental statues with mythological equestrian, marine and animal themes which are situated throughout France and as far afield as China, the USA and the Middle East. Picture by Manuel Cohen 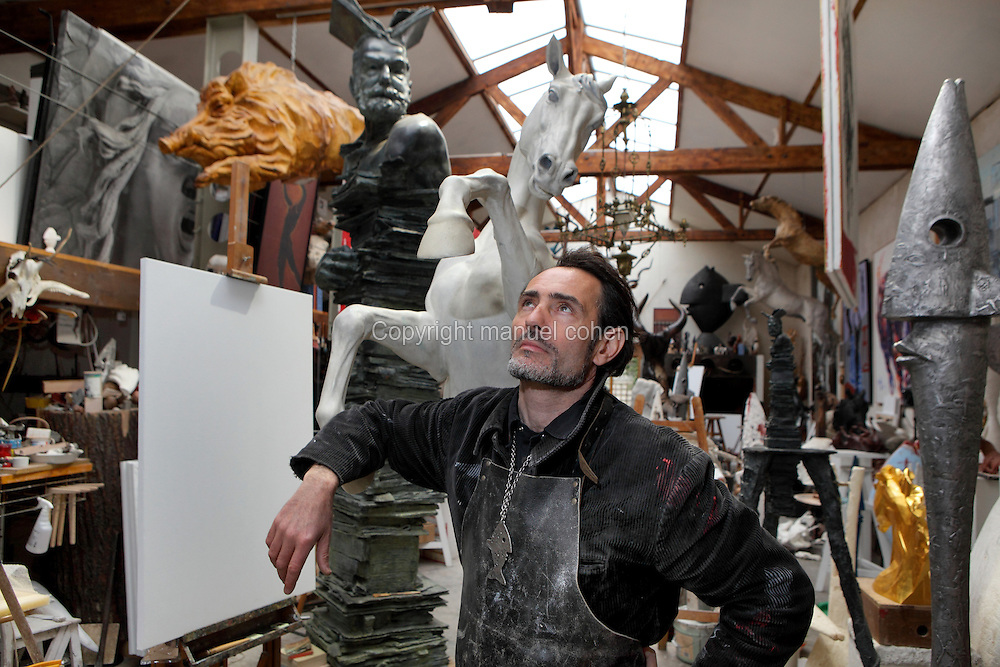