Carved semi-capital with Asclepius, Greek god of medicine, 15th century by Pietro di Martino, the only original capital on the porch on the facade of the Rector's Palace, built in the 15th century by Onofrio di Giordano della Cava, in Gothic and Renaissance style, Dubrovnik, Croatia. The city developed as an important port in the 15th and 16th centuries and has had a multicultural history, allied to the Romans, Ostrogoths, Byzantines, Ancona, Hungary and the Ottomans. In 1979 the city was listed as a UNESCO World Heritage Site. Picture by Manuel Cohen 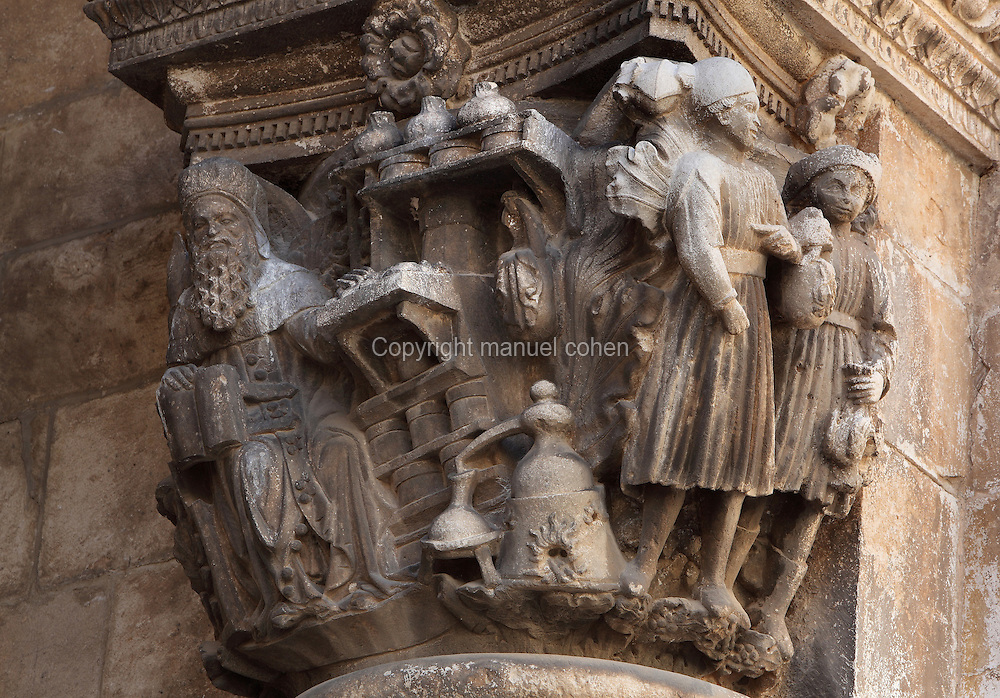