Monument to the Glory of the French Colonial Expansion (Monument a la Gloire de l’Expansion Coloniale), sculptural detail, 1913, by Jean-Baptiste Belloc, 1863-1919, in the Jardin d'Agronomie Tropicale, or Garden of Tropical Agronomy, in the Bois de Vincennes in the 12th arrondissement of Paris, France. The sculptural group consists of 5 sections which have been dismantled and are stored near the entrance to the garden. The tropical garden was first established in 1899 to conduct agronomical experiments on plants of French colonies. In 1907 it was the site of the Colonial Exhibition and many pavilions were built or relocated here. The garden has since become neglected and many structures overgrown, damaged or destroyed, with most of the tropical vegetation disappeared. The site is listed as a historic monument. Picture by Manuel Cohen 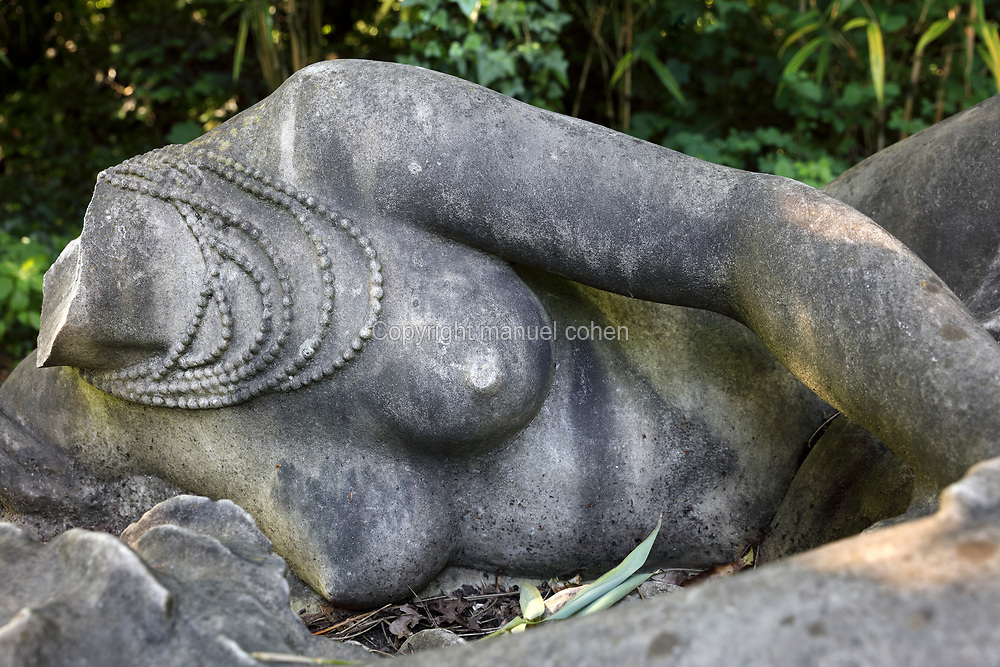