Effigy of Charles I of Anjou, 1226-85, king of Naples and Sicily 1266-85, son of Louis VII and Blanche of Castile, dressed in chainmail as a knight and holding a heart and a broken sword, commissioned c. 1326 by Queen Clementia of Hungary, his great-granddaughter, in the Basilique Saint-Denis, Paris, France. Only his heart is buried here. Behind, the effigy of Blanche de France, 1320, daughter of Saint-Louis and Marguerite de Provence, originally from the Eglise des Cordeliers in Paris, brought to Saint-Denis in 1817. The basilica is a large medieval 12th century Gothic abbey church and burial site of French kings from 10th - 18th centuries. Picture by Manuel Cohen 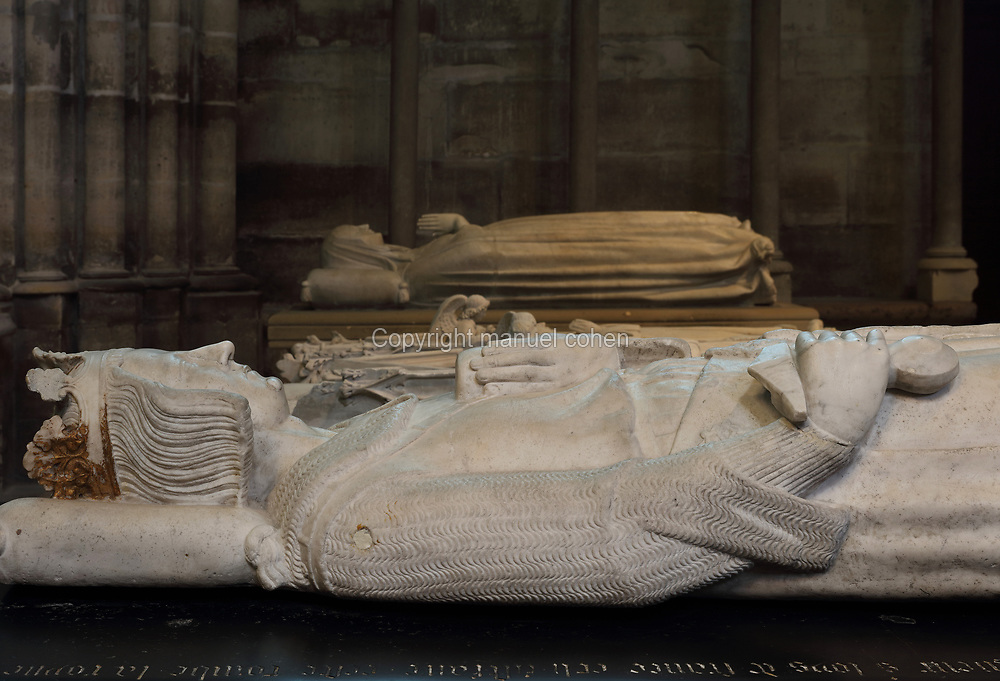