Couple with basket of fruit, from the monumental fireplace called 'Les Loisirs de la Jeunesse' or 'The Noble Pursuit', with low arched lintel and mantel with false ogee bays with false mullion windows with a couple of burghers or aristocrats and a frieze above, with pinacles and finials of the ogees, in the West Gallery of the Palais Jacques Coeur, huge manor house built 1443-51 in Flamboyant Gothic style, on the Place Jacques Coeur, Bourges, France. The frieze depicts a village festivity, a peasant tournament using donkeys, staves and wicker shields. One of the couples is thought to represent Jacques Coeur and Agnes Sorel, picking fruit from a basket while watching the tournament. Jacques Coeur, 1395-1456, was a wealthy merchant and was made master of the mint to King Charles VII in 1438. The building is listed as a historic monument. Picture by Manuel Cohen 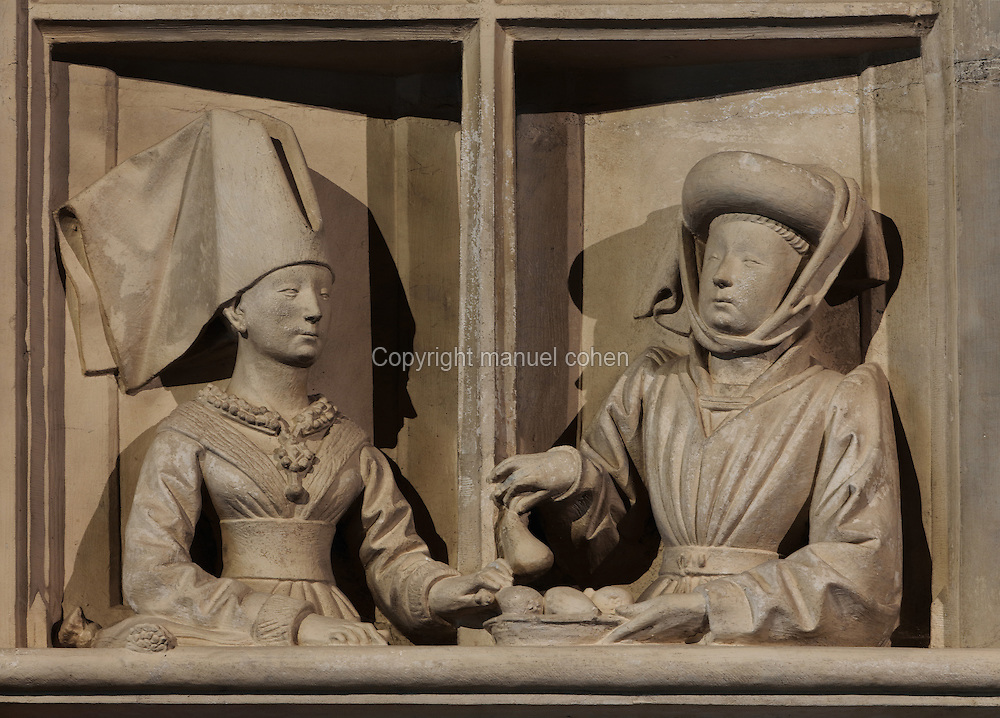