Lintel, detail, 1019-20, Romanesque sculpture (the earliest dated Romanesque stone sculpture) in white marble, forming part of the portal on the facade of the abbey church of St Michael, now the parish church of Saint-Genis-des-Fontaines, consecrated 1153, in the Abbaye de Saint-Genis-des-Fontaines, Pyrenees-Orientales, France. The lintel, originally an altar support, was commissioned by abbot Guillaume in the 11th century and is a bas-relief of Christ in Majesty in a mandorla with 2 archangels and figures in arched niches, and a latin inscription to King Robert II the Pious of France. The Benedictine monastery was founded 778-80 by abbot Sentimirus, rebuilt in the 10th century and sacked in the French Revolution. The abbey is listed as a historic monument. Picture by Manuel Cohen 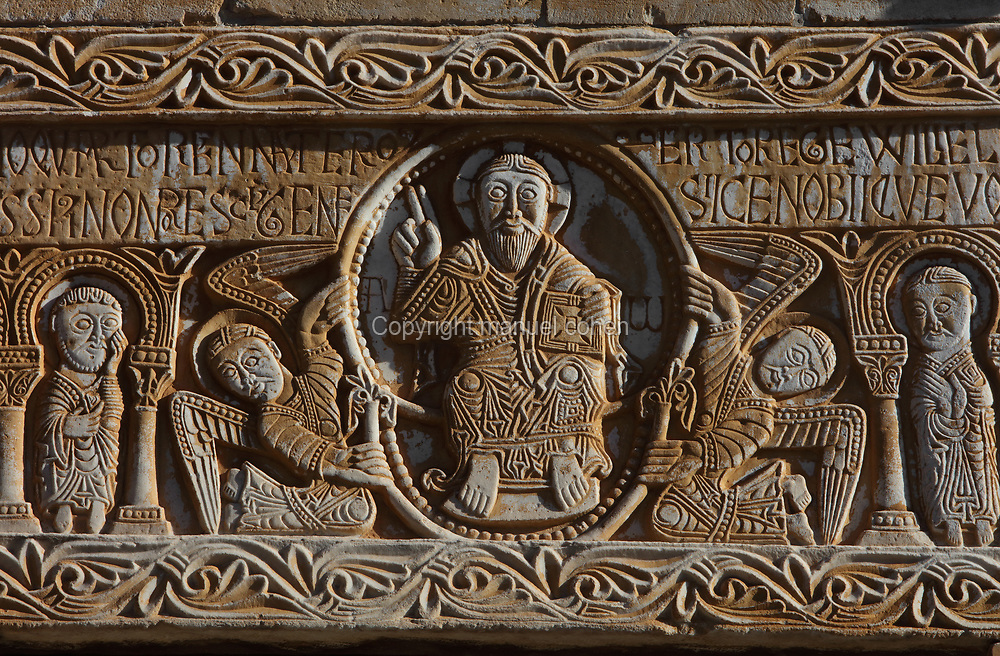