Dome and rooftop walkway of Palermo Cathedral, begun in 1185 by Walter Ophamil, or Gualtiero Offamiglio, or Walter of the Mill, the Anglo-Norman archbishop of Palermo and King William II's minister, and finally completed in the 18th century, in Palermo, Sicily, Italy. Palermo was founded in 734 BC by the Phoenicians, and was settled by the Carthaginians, Greeks, Romans, Arabs and Normans. Its Arab and Norman centre is listed as a UNESCO World Heritage Site. Picture by Manuel Cohen 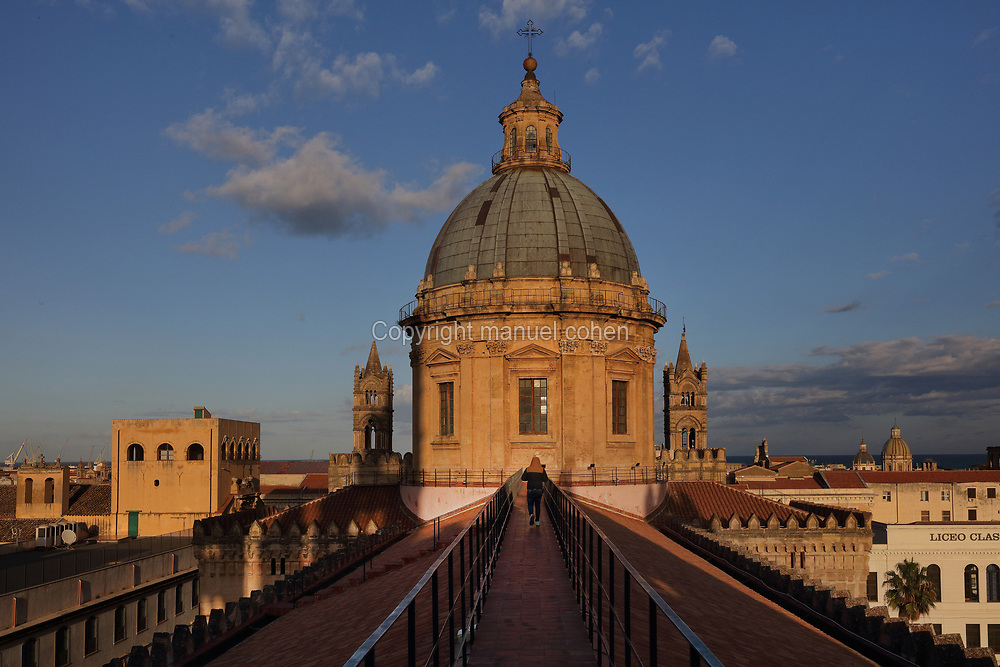