The Capitoline Temple, built 218 AD on the site of an earlier shrine, with an altar in a courtyard in front of a 13-stepped platform with a tetrastyle Corinthian column temple, Volubilis, Northern Morocco. The temple was dedicated to Juno, Jupiter and Minerva and was the site of huge civic assemblies. It was reconstructed in 1955 and 1962. Volubilis was founded in the 3rd century BC by the Phoenicians and was a Roman settlement from the 1st century AD. Volubilis was a thriving Roman olive growing town until 280 AD and was settled until the 11th century. The buildings were largely destroyed by an earthquake in the 18th century and have since been excavated and partly restored. Volubilis was listed as a UNESCO World Heritage Site in 1997. Picture by Manuel Cohen 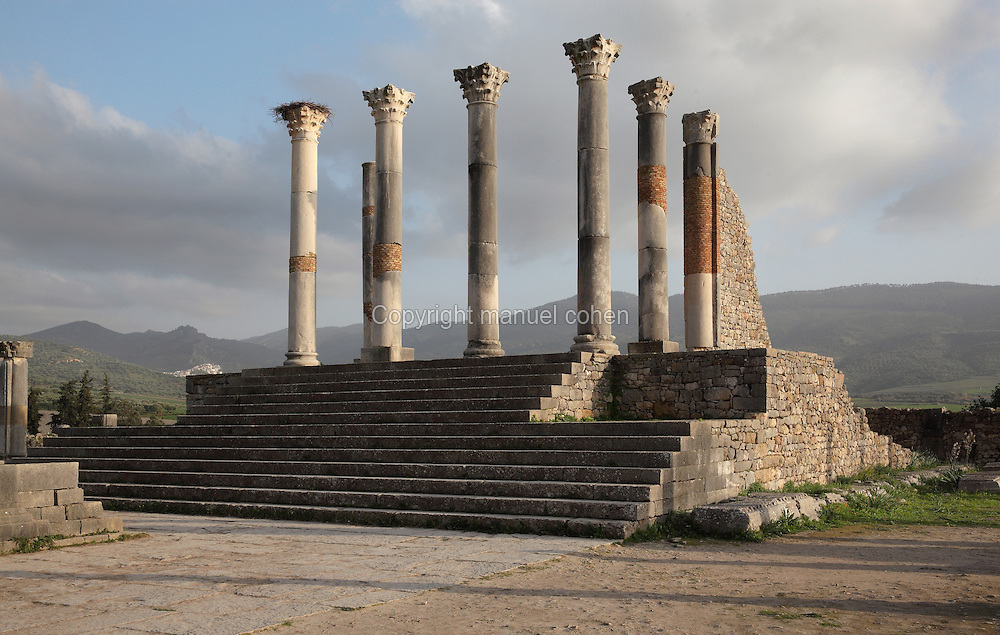