Bedroom of Marc-Antoine Thierry de Ville-d'Avray, in the Intendant's apartments, in the Hotel de la Marine, built 1757-74 by Ange-Jacques Gabriel, 1698-1782, architect to King Louis XV, on the Place de la Concorde, in the 8th arrondissement of Paris, France. The building was made to house the Garde-Meuble de la Couronne, the king's furniture collection. The Intendant of the Garde-Meuble was an important officer to the king, and was housed in this building in lavish apartments (Pierre-Elisabeth de Fontanieu from 1765, and Marc-Antoine Thierry de Ville d’Avray from 1786). From 1789, the building became the Ministere de la Marine, the navy ministry. It was restored 2017-20 and is listed as a historic monument. Picture by Manuel Cohen 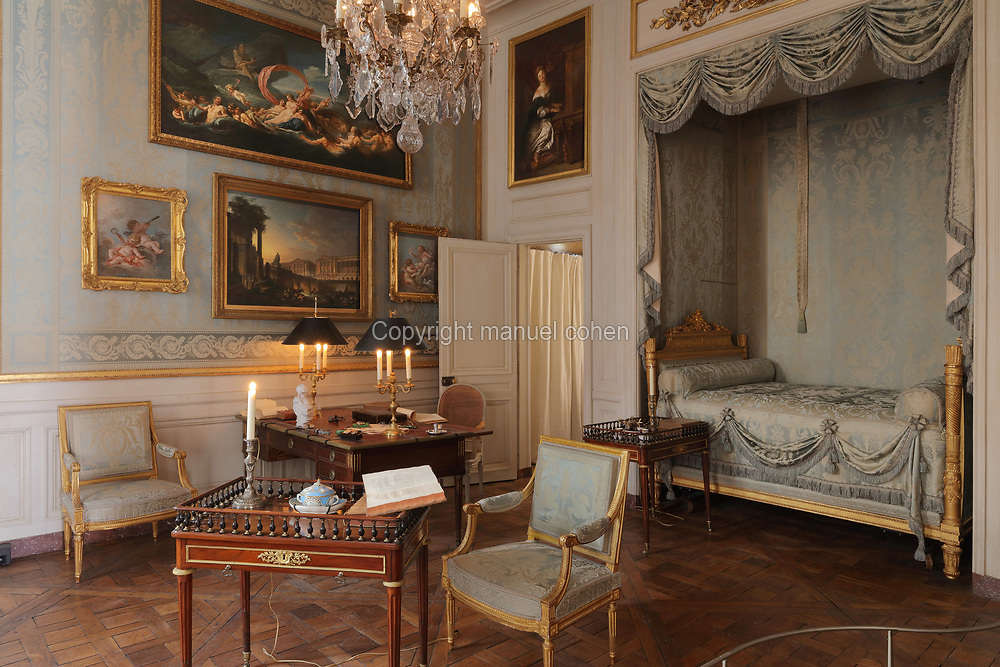