Relief from Gate of Mazeus and Mythridates, Ephesus, Izmir, Turkey

Relief depicting figure holding torches on the walls of the passage of the Gate of Mazeus and Mythridates, 40 AD, Ephesus, Izmir, Turkey. This could be the goddess Hecate who was worshipped at Ephesus in the Temple of Artemis and who is often represented in triplicate holding 2 torches and a key. The gate with 3 passageways to the right of the Library of Celsus was built by the slaves Mazeus and Mythridates for their emperor, Augustus, who gave them their freedom. Ephesus was an ancient Greek city founded in the 10th century BC, and later a major Roman city, on the Ionian coast near present day Selcuk. Picture by Manuel Cohen 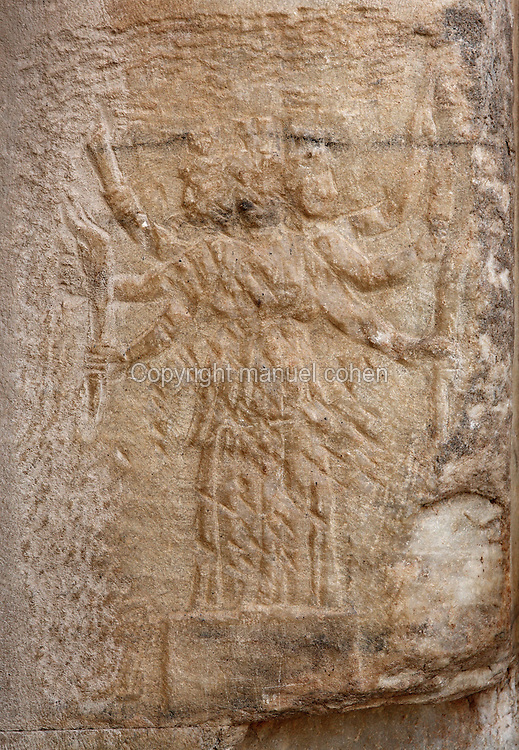