General view of Valletta seafront showing the Upper Barakka Gardens, seen from the Three Cities, Valletta, Malta, pictured on June 6, 2008, in the morning. The Republic of Malta consists of seven islands in the Mediterranean Sea of which Malta, Gozo and Comino have been inhabited since c.5,200 BC. It has been ruled by Phoenicians (Malat is Punic for safe haven), Greeks, Romans, Fatimids, Sicilians, Knights of St John, French and the British, from whom it became independent in 1964. Nine of Malta's important historical monuments are UNESCO World Heritage Sites, including the capital city, Valletta, also known as the Fortress City. Built in the late 16th century and mainly Baroque in style it is named after its founder Jean Parisot de Valette (c.1494-1568), Grand Master of the Order of St John. Picture by Manuel Cohen. 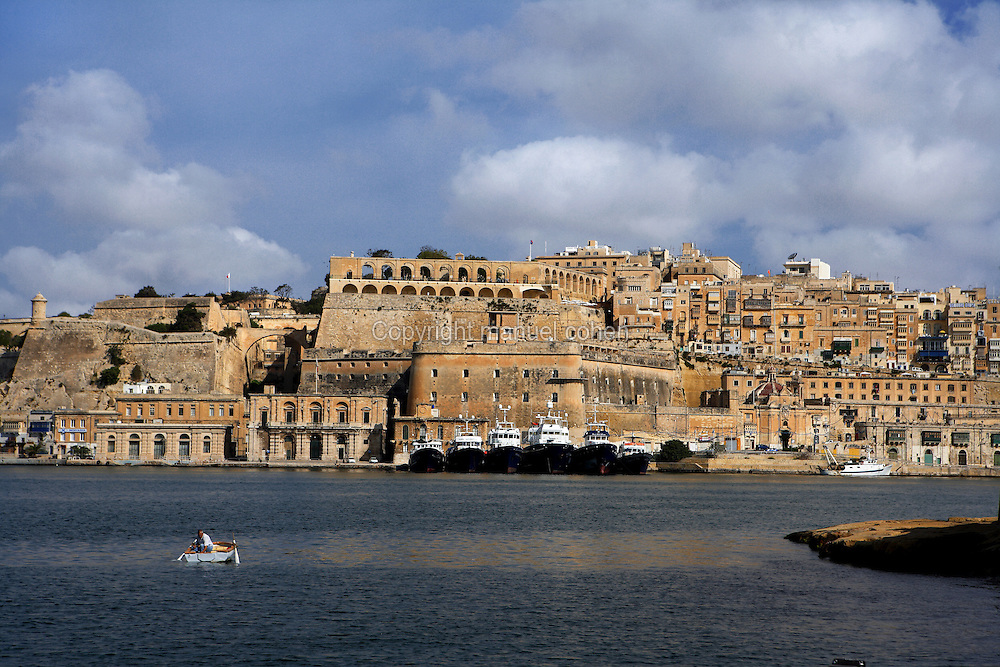