Bab Mansour, Meknes, Morocco pictured on December 26, 2009. Square kiosks, with decorated lattices in the upper sections of their traditional Islamic arches, are lit by the sunshine in strong contrast to the dark wall behind them. The Bab Mansoor Gate, completed in 1732, is named after its architect. Meknes, one of Morocco's Imperial cities, was redeveloped under Sultan Ismail Moulay (1634-1727). It is a fortified city built from pise, or clay and straw, and was designed to be the political capital of Morocco, as opposed to Fez, the religious capital. Picture by Manuel Cohen 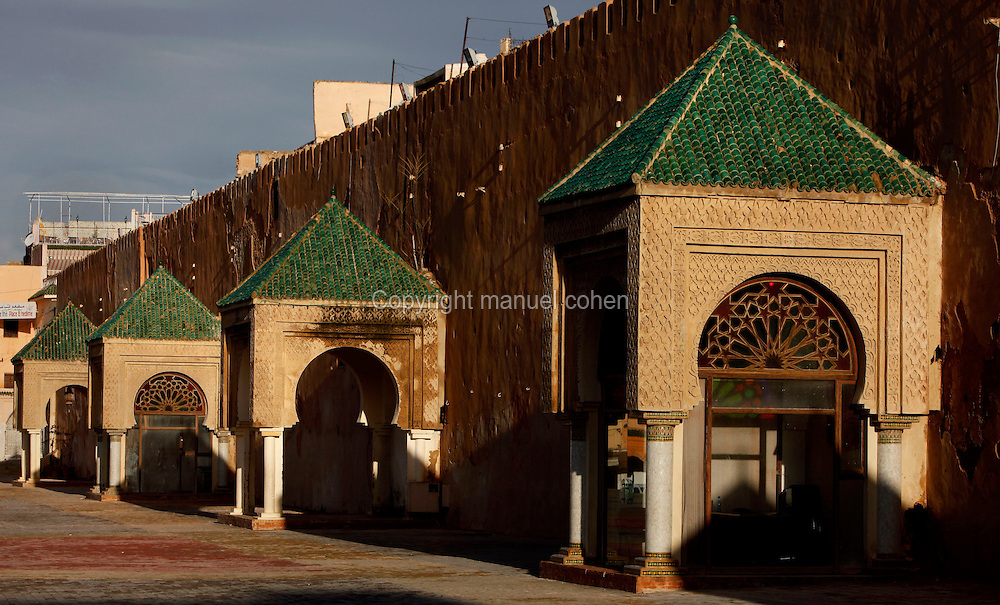