Portrait of Lady Agnew of Lochnaw, 1864-1932, copy of the original by John Singer Sargent, 1856-1925, which hangs in the National Galleries of Scotland in Edinburgh, in the Grand Salon, decorated by Paul Baudry and Eugene Delaplanche, in Hotel de la Paiva, an Italian Renaissance style mansion built 1856-66 by architect Pierre Manguin, on the Champs-Elysees in the 8th arrondissement of Paris, France. The house was built for the courtesan Esther Bachmann, or La Paiva, and since 1904 has been used by the gentlemen's club, Travellers Club of Paris. The mansion was restored in 2010 by Etienne Poncelet and is listed as a historic monument. Picture by Manuel Cohen 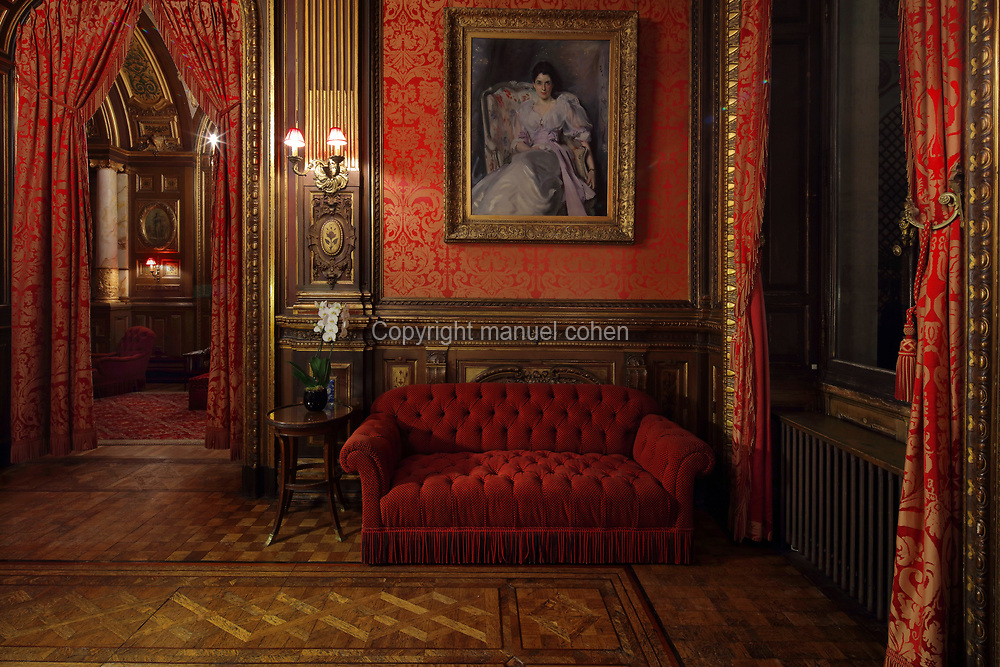