Relief of the god Hermes or Mercury, Curetes Street, Ephesus, Izmir, Turkey. Here Hermes is seen with his winged staff or caduceus and a ram, symbolising sacrifice. He is the messenger of the gods and has wings on his ankles. Curetes Street was one of 3 main streets in Ephesus, leading from the Hercules Gate to the Celsus Library. Ephesus was an ancient Greek city founded in the 10th century BC, and later a major Roman city, on the Ionian coast near present day Selcuk. Picture by Manuel Cohen 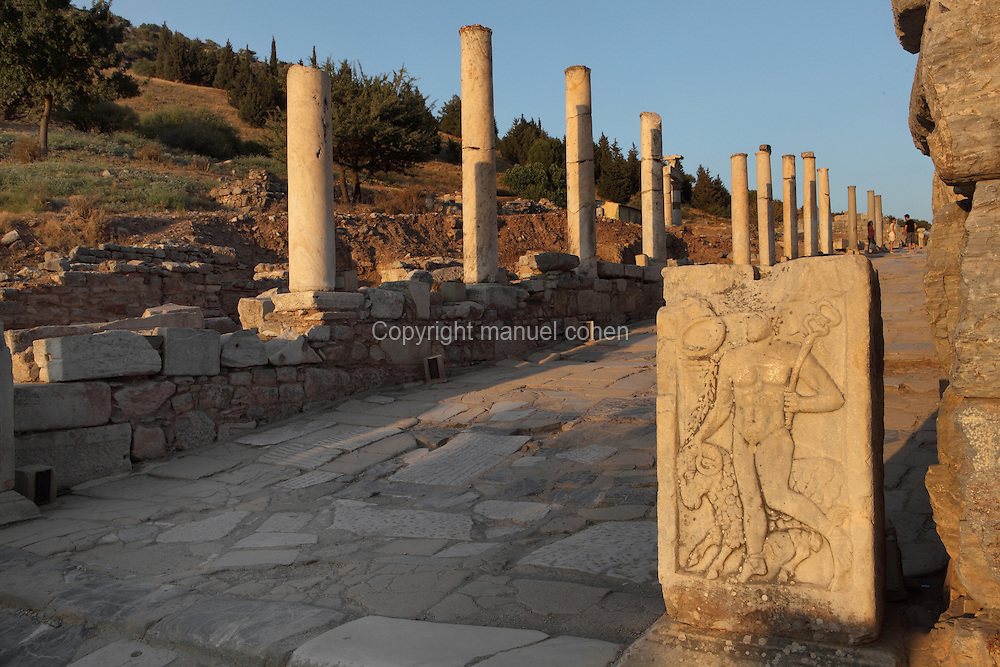