Sculpture of a French infantryman with a grenade and rifle, on the Monument to the soldiers who fought and died at the Battle of Vauquois, built 1926 on the site of the old town hall, on the French side of the Butte de Vauquois, 25km West of Verdun, Meuse, Lorraine, France, site of the Battle of Vauquois, 1915-18, in World War One. The monument was designed by Monestier and built by the sculptor Roussel. It is an obelisk in the shape of a lantern of the dead, with sculptures on an armed French soldier, a mutilated tree (a marker for French soldiers) and a tunneler. Picture by Manuel Cohen 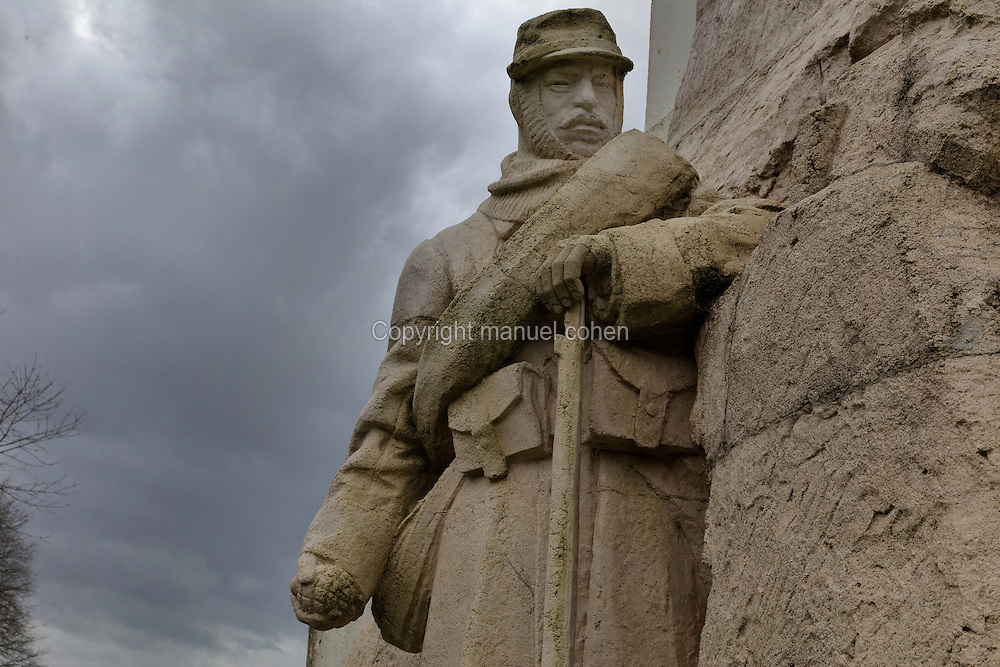