Alleyway in Meknes, Morocco pictured on December 22, 2009. Women bearing heavy loads make their way along a shadowy alley at the end of the afternoon. The floor is damp, the walls carry graffiti, and the elegance of the traditional archway is almost overcome by the crumbling of centuries of use; it is a scene full of atmosphere. Meknes, one of Morocco's Imperial cities, was redeveloped under Sultan Ismail Moulay (1634-1727). It is a fortified city built from pise, or clay and straw, and was designed to be the political capital of Morocco, as opposed to Fez, the religious capital. Picture by Manuel Cohen 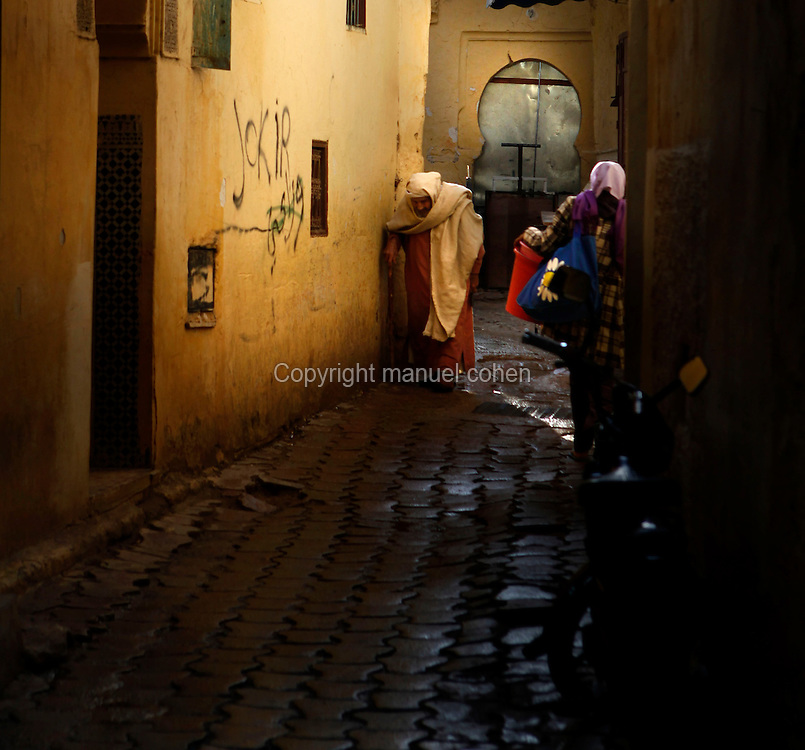